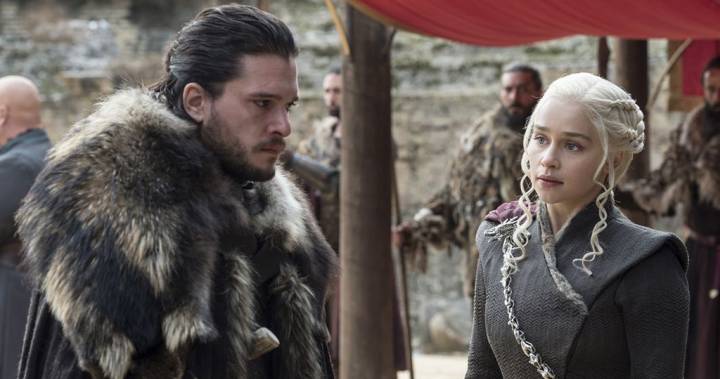 NOTE: Major spoilers ahead. Do not read if you haven’t seen Season 8, Episode 5 of Game of Thrones, The Bells.

The penultimate episode of Game of Thrones, The Bells, aired Sunday night and offered fans one of the most action-packed episodes since The Rains of Castamere (Season 3, Episode 9) — best known as “The Red Wedding” — and the more recent The Long Night (Season 8, Episode 3), when the violent battle of Winterfell took place and Arya Stark (portrayed by Maisie Williams) single-handedly destroyed the undead army.

Although there was no shortage of fire, blood and gruesome character deaths, many longtime followers of the show were left disappointed by some of the writers’ decisions this time around.

Throughout the span of the much-beloved series, Daenerys has valiantly fought her way towards the Iron Throne, showing mercy against only the most innocent souls, but this time around, she wasn’t as generous, and salvation seemed to be her last choice.

After going against her by attempting to convince Jon Snow to take the Iron Throne as the rightful King, Daenerys quickly had Lord Varys executed by Drogon.

She quickly lost trust in all of those on her side, including her hand Tyrion Lannister and Jon Snow, her former lover, because he too went against his promise and revealed his identity to his sisters, Arya and Sansa Stark.

Alongside the Unsullied and remaining Dothraki troops, Daenerys stormed King’s Landing. She destroyed the city’s defences almost entirely, leaving the metropolis in cinders.

The bells rang loud to make clear the city’s surrender, however, Daenerys seemingly reached her breaking point and decided instead to burn not only the remaining soldiers, but the women and its children too, slowly making her way to the very clearly afraid and once-ruthless ruler, Cersei Lannister who perched atop the Red Keep.

The unexpected carnage ultimately led to the deaths of Sandor “the Hound” Clegane, his brother “the Mountain” — who brutally killed Cersei’s hand Qyburn before he had a chance to escape the crumbling city — as well as Jaime and Cersei Lannister, who died in each other’s arms trying to escape the castle.

While Daenerys’ actions seemed entirely out of character to many, showrunners D.B. Weiss and David Benioff thought otherwise, explaining their decision in a 10-minute behind-the-scenes YouTube featurette.

The pair accredited Daenerys’ bold choices back to her past, specifically what happened this season and who she’s lost along the way. From Missandei to Ser Jorah Mormont, or even Khal Drogo to Jon Snow — who she no longer trusts — Daenerys supposedly feels “isolated.”

“You look at those people who have been closest to her for such a long time,” he said, “and almost all of them have either turned on her or died, and she’s very much alone.

“That’s a dangerous thing for someone who’s got so much power,” he continued, “to feel that isolated. So at the very time when she needs guidance and those kinds of close friendships the most, everyone’s gone.”

“I don’t think she decided ahead of time that she was going to do what she did,” revealed Weiss. “And then she sees the Red Keep, which is, to her, the home that her family built when they first came over to this country 300 years ago.”

“It’s in that moment on the walls of King’s Landing,” he continued, “when she’s looking at that symbol of everything that was taken from her, when she makes the decision to make this personal.”

“If Cersei hadn’t betrayed her,” added Benioff, “if Cersei hadn’t executed Missandei, if Jon hadn’t told her the truth — if all these things had happened in any different way, then I don’t think we’d be seeing this side of Daenerys Targaryen.”

Although the showrunners did their best to level with diehard Game of Thrones fans, many still weren’t convinced by the “lazy” and “rushed” character arc that Daenerys was fated with.

Unfortunately, thousands of fans appear to have lost hope for Game of Thrones‘ storyline as it’s suggested that Daenerys is predictably following in her late father’s footsteps and becoming the “Mad Queen,” furthermore hinting that Jon Snow will be pitted against her in the battle for the Iron Throne in the series finale.