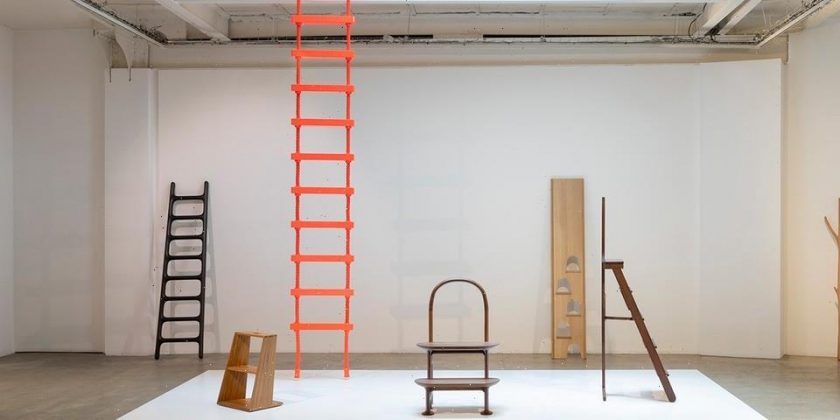 An exhibition filled with ladders is set to open at Paris’ Galerie Kreo, featuring never-before-seen works by Virgil Abloh, Jasper Morrison, and Barber Osgerby. Named “Step by Step”, the show follows a series of typological exhibitions hosted by the gallery and sees these new pieces paired alongside icons already in circulation.

Some ladders are pretty literal in their depiction, but others are more conceptual – using the function of a ladder as a springboard to create something more abstract. “By commissioning more than 20 designers to rethink the form, materials, use, and implications of the ladder, Galerie Kreo offers not a second life to this simple and useful everyday object, but rather a visible existence,” the gallery says. “Just think about where most ladders are stored to understand that it is one of the least-cared-about objects of contemporary design. The ladders gathered in Step by Step will be visible, waiting to be climbed and descended.”

Abloh’s contribution, which was created before his untimely death in 2021, is named “World Leaders”. In a signature bold orange, the 350-centimeter rope ladder features names of the figures who have each inspired his vision on its rungs – from Soulja Boy to Fela Kuti, and Michael Jordan to Lauryn Hill. Dutch designer Hella Jongerius focused on the form of a rope ladder too but instead used textiles to create a series of self-supporting pieces.

Step By Step is on show at Galerie Kreo in Paris from September 16 to November 5. Elsewhere in the city, Paris Design Week is well underway, and we’ve rounded up the must-visit shows.