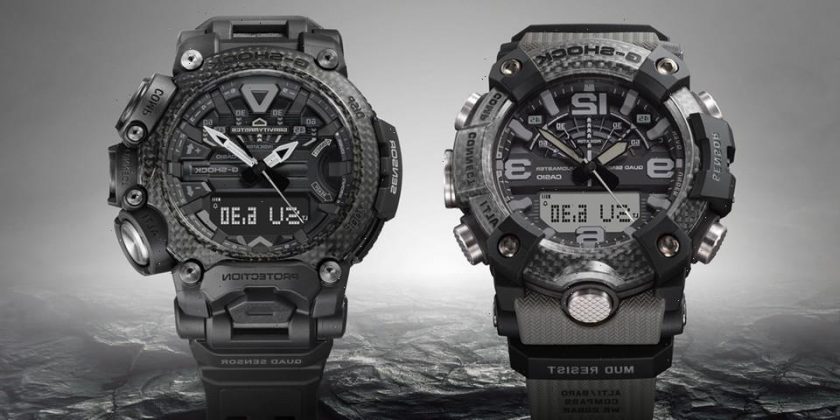 Casio G-Shock has just released new stealthy and rugged editions to the Gravitymaster and Mudmaster watch.

Both watches, the Mudmaster GGB100-8A and Gravitymaster GRB200-1B, see a Carbon Core Guard and carbon fiber bezels — bringing both watches in the 90 gram and below weight category of exploration watches. The blacked-out Gravitymaster is suited for pilots and has two large buttons for access when wearing gloves. The Mudmaster, as the name suggests, is best suited on the ground in wet and muddy environments and is made for abuse. Both watches contain a compass, thermometer, altimeter, and barometer function, a step tracker, and has Bluetooth connectivity for syncing.

Releasing this month, the Mudmaster is priced at $380 USD while the Gravitymaster is slightly cheaper at $350 USD.