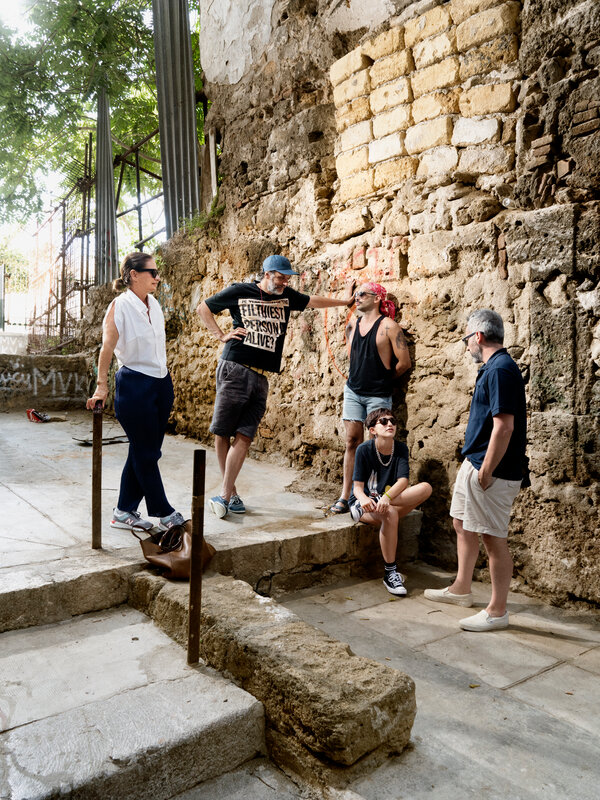 Our Alcamo routine was quite simple: We’d wake up fairly early, get ready and go down to the wilder, more secluded parts of the beach, among the rough sand and rock. We’d spend the afternoon in the shade of a beautiful tree on the house grounds, reading and talking. There was a lot of cooking, too, which is one of my favorite ways to pass the time. Our summer was, on the whole, quite modest and absolutely banal, but I think modesty and banality are good when you are facing such unprecedented and difficult times. And it’s all bearable when you are part of a group like this one.

These are people with whom I can be silent comfortably for long periods of time, people I have the urgency to be with and those I feel I’m with every moment of my life, even if we aren’t physically together. And in this sobering, melancholic year, it was a balm to be by their sides.

Frida Ruggieri: It was great to see Luca and the other guys — they’re like uncles to me, or even parents, depending on the day. They gang up on me about boys I like. I’d never been to Sicily before, and it felt crazy to go to a beach after having quarantined since March. I was like, “Wow! I’m really here, aren’t I?” We ate a lot of Luca’s barbecue and stayed up late into the night, just talking and talking about what felt like the whole world and everything in it. It was that kind of experience. It always is.

Interviews have been edited and condensed.