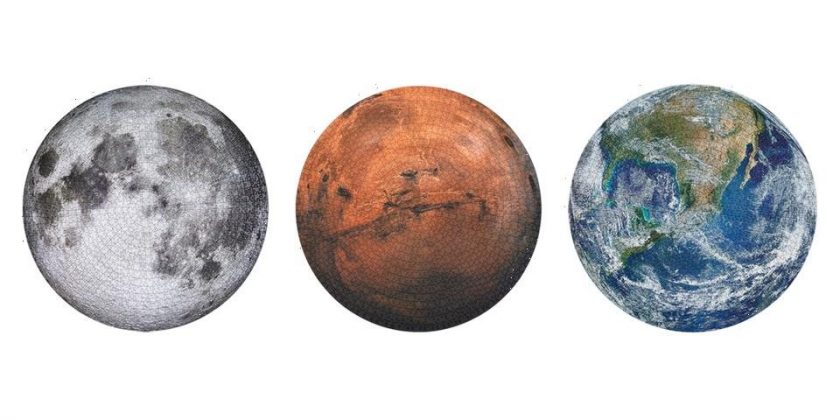 Back in 2020, Four Point Puzzles unveiled a 1,000 piece puzzle of the Earth that captured our beloved planet with incredible detail. Shortly after, to celebrate the 50th anniversary of the Apollo 11 launch, the Canadian company followed up with a Moon iteration. To honor the current expedition by NASA’s Perseverance Rover, fans of the series can purchase a Mars puzzle set that equally spans over two feet in diameter.

According to Four Point Puzzles, the level of difficulty ranks at four on a scale of five — presenting a challenge for even the most avid puzzle-goers. Each image was taken by NASA and showcases some of the clearest shots ever taken of the Earth, moon, and Mars.

Researchers have estimated that Mars was formed nearly 4.5 billion years ago, predating life on Earth by nearly a billion years. At that distant time, scientists believe the Red Planet contained vast oceans and moderate temperatures that may have contained life. As Perseverance scavenges the desert landscape of Mars to deduce the riddles of the past, you can challenge yourself to one of the hardest puzzles to come out from the Canadian manufacturer.

Each iteration is available to purchase individually for $25 USD or as a set of three for $70 USD via Uncrate or Four Point Puzzles.