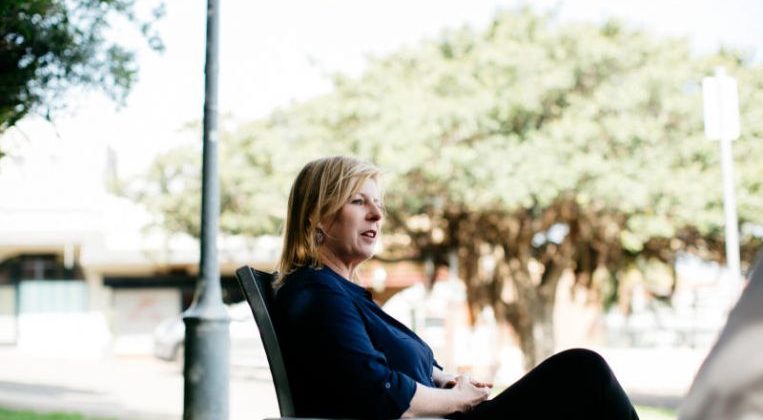 SINGAPORE – What is it like to have Hollywood star Nicole Kidman interested in everything you write? Australian writer Liane Moriarty finds it thrilling.

Last year, the 51-year-old had her bestselling novel Big Little Lies (2014) turned into an HBO television mini-series that starred Kidman alongside fellow Hollywood heavyweight Reese Witherspoon and Shailene Woodley as suburban mothers caught up in a murder. It received 16 Emmy Award nominations and won eight.

Kidman is teaming up with Witherspoon to co-produce Moriarty’s seventh novel Truly Madly Guilty (2017) as a limited series and also nabbed film and television rights to Moriarty’s latest book, Nine Perfect Strangers, even before it hit shelves.

Adaptations of Moriarty’s other novels such as The Husband’s Secret (2013) and The Hypnotist’s Love Story (2011) are also in the works.

“It’s probably too much to hope that all my adaptations will be as successful as (Big Little Lies),” says Moriarty over the telephone from London, where she is on a book tour.

She has penned the sequel for the second season of Big Little Lies, with actress Meryl Streep joining the cast as the mother-in-law of Kidman’s character.

Moriarty wrote the role with Streep in mind, calling her Mary Louise after Streep’s real name. “I did that in the hope that she would play her and never really expected it would happen. But incredibly, she agreed.”

Moriarty’s novels are known for bringing together a cast of characters in a picture-perfect premise – a school trivia night or a suburban backyard barbecue – and then letting it all spiral out of control.

She has dealt with heavy themes such as sexual assault and domestic violence. In Big Little Lies, a glossy marriage proves fraught with abuse; a single mother who is ostracised by the community, struggles with trauma from the rape that begot her son.

In Nine Perfect Strangers, nine people convene for a retreat at Tranquillum House, a controversial resort run by Masha, a Russian emigre with an agenda of her own. The character will played in the screen adaptation by Kidman, says Moriarty.

The premise arose from a joke Moriarty would tell when she was on tour for Big Little Lies and was frequently asked about her next book. She quipped that it would be set in a tropical island resort, for which she would have to do “a lot of meticulous research”.

Her next book, Truly Madly Guilty, ended up being based on something that transpired at a barbecue she attended, but she later revived the resort idea after recalling how she and a friend had tried to smuggle chocolate and champagne into a health resort.

Moriarty’s research did involve staying at a resort – although it was “very comfortable and lovely” unlike Tranquillum House and its questionable practices – as well as surfing through TripAdvisor reviews.

It helped that one of her characters, Frances, is a writer. “It was a relief,” says Moriarty, who has tried to put herself in the unfamiliar shoes of a cellist and hypnotherapist.

She maintains that Frances, a menopausal romance novelist, is quite different from herself, although she identifies with the character’s angst over a scathing review.

“I can remember very clearly my first bad review. It hurt a lot.”

Today, she copes with this by looking up bad Amazon reviews of her favourite authors. “It happens to everyone.”

Moriarty is the oldest of six children, three of whom are authors. Her sisters include young adult fiction writer Jaclyn Moriarty and Nicola Moriarty, who wrote bestselling novel The Fifth Letter (2017).

When they were young, their father would pay them to write stories – a dollar for each exercise book filled.

As an adult working in advertising and marketing, Moriarty lost confidence in her writing. It was Jaclyn’s success in getting published that broke her out of her slump. “I was so envious,” she says. “That was what pushed me to write.”

Competitive streak aside, she and her sisters support each other’s writing – although they do fight over who gets to use which family anecdotes in their books.

Moriarty, who is married with a son, 10, and daughter, eight, is optimistic that her daughter’s future will be bettered by the #MeToo movement against sexual harassment and violence, which Big Little Lies resonates with.

“It was extraordinary timing,” she says of the show. “It came out at a time when female empowerment was at the forefront of everyone’s mind.

“I just feel proud to be part of a movement that I believe in. There are going to be setbacks along the way but I think the power of the movement will prevail.”