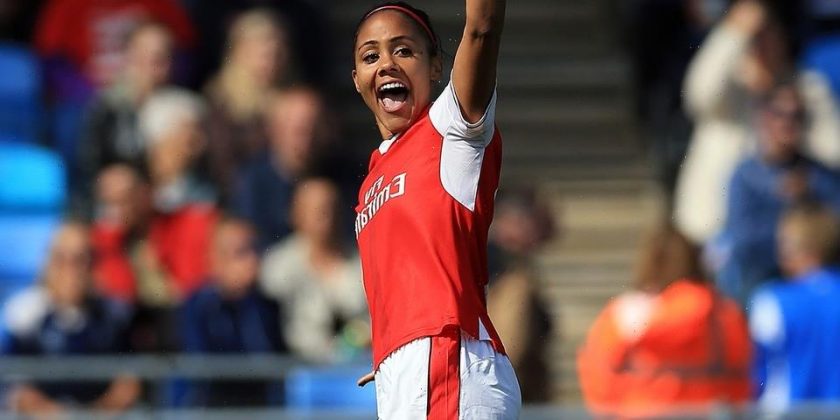 According to reports, the former Arsenal star will be a goal commentator and will “essentially report on goals from other games during the course of a FIFA 22 match.” Scott called the opportunity “game-changing,” stating in a press release, “Representation is crucial and the inclusion of an English-speaking female commentator on FIFA is game-changing. The impact it will have is simply stratospheric. It’s a big moment for me personally and professionally.”

“It’s an honour to be part of the FIFA gaming institution, alongside some of my brilliant presenting colleagues. Whilst I am the first English-speaking female broadcaster to feature in FIFA, I will certainly not be the last,” Scott continued. “I know this is just the start of stronger female footballing representation from EA SPORTS and the football community as a whole.”

Earlier this July, EA Sports unveiled France and Paris Saint-Germain striker Kylian Mbappé as the FIFA 22 cover for the second year in a row.