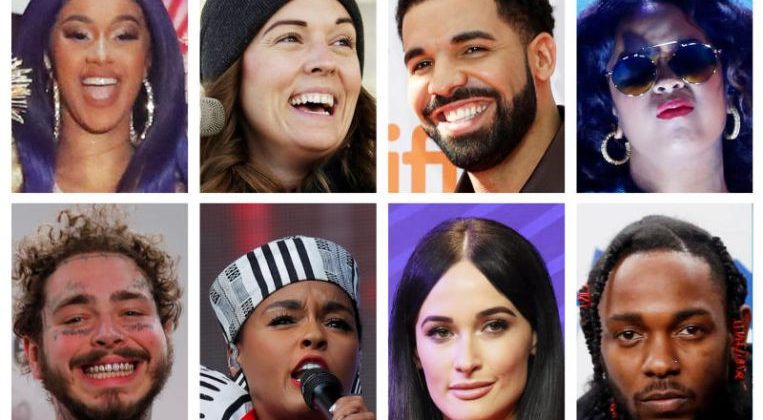 Carlile’s ascendancy to the music spotlight came last Friday (Dec 7) when she joined a crop of young and less heralded artists, notably women, as nominees in the major Grammy categories. The move came after a major dust-up over gender representation in the last ceremony, reported The New York Times.

“I’m already seeing a lot of pictures of Belinda Carlisle and plenty of misspellings,” Carlile said of the turnaround in her fortunes.

Each of the big three Grammy categories – Record Of The Year, Album Of The Year and Best New Artist – is dominated by women even as two men – Kendrick Lamar and Drake – top the nominees with eight and seven nods respectively.

Carlile, rapper Cardi B, country crooner Kacey Musgraves, and R&B artists H.E.R. and Janelle Monae are the five women who will vie for Album Of The Year with three other contenders.

“I’m not hiding,” H.E.R. (real name: Gabriella “Gabi” Wilson) told Variety of her choice of moniker. “I just only ever wanted to be known for the music I was making. My personal life is not important.”

After Friday’s announcement, all of that is likely to alter. “Yeah, I know it’s inevitable. Until then, I’m just staying in the studio, being me.”

Musgraves had said previously that she also wanted to be true to her craft and did not care if radio stations did not play her music.

“I’ve to have hope that the music will spread by word of mouth because people connect to it. That is more powerful than any radio signal really.”

Mr Neil Portnow, president and chief executive of the Recording Academy, the organisation behind the Grammys, said “reflection and re-evaluation” drove changes to the show’s processes and nominations.

Five of the songs nominated for Record Of The Year, which is awarded to a track’s performers, feature women in leading roles.

The Recording Academy also avoided a public relations disaster by not giving any posthumous nominations to rapper XXXTentacion who was shot dead in June.

His album ? had hit No. 1 and had the No. 1 single Sad!, but he had also come under the spotlight for allegedly beating his pregnant girlfriend.

The Grammys will be held in Los Angeles on Feb 10.