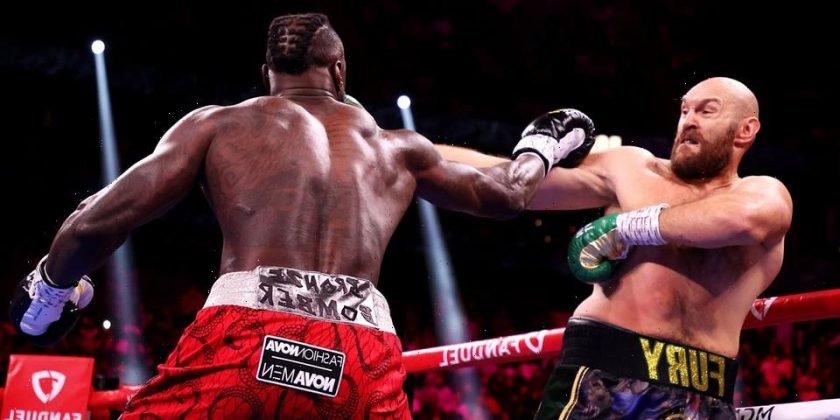 Two-time world heavyweight champion Tyson Fury graced the boxing ring last week in a match with professional boxer Deontay Wilder. By the end of the fight, Fury, who along with Wilder was sponsored by Fashion Nova, was named the winner. The brand’s placement at the forefront of the event signals its latest commitment to menswear styles.

Fury and Wilder join a long list of boxers sponsored by the retail brand, as both Floyd Mayweather and Gervonta Davis along with Manny Pacquiao and Adrien Broner have all donned apparel by the brand’s men’s line, NovaMEN by Fashion Nova for their matches. For the most recent fight, the two competing athletes both wore shorts decorated with NovaMEN patches.

This sponsorship is not a first for Fashion Nova in sports but it does mark the first time the brand sponsored boxers in a WBC Heavyweight Championship. Aside from boxing, the brand has also dressed various players in the NFL, specifically O-Line and D-Line players, in different styles. By branching out into the world of men’s sports, Fashion Nova hopes to bring more awareness to the NovaMEN line, which carries sizes up to 3X for men, making them one of the few fast fashion companies that do so.