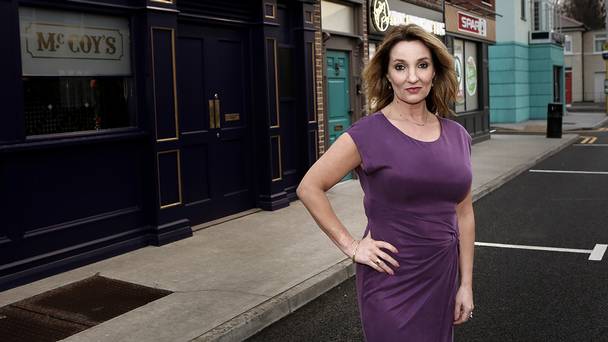 Fair City favourites including McCoys, the Library Apartment and the Community Centre have all had a face lift, and fans of Fair City will also be treated to a refurbished Hungry Pig.

The Molloy family begin a new Carrigstown chapter with the grand reopening of Molloy’s Motors on Ballantine Road.

Hessian Lane is where The Station Bar resides, and viewers will also see the new Hessian Arcade which is where Brewzers and a number of market stalls have their homes.

There’ll also be a new area of Carrigstown park, a tea room, a bike shelter, artistically painted electricity boxes, and, similar to those around Dublin’s suburbs, a “Welcome To Carrigstown” sign.

The entire exterior set has even been aged by specialty scenic painters, with buildings dirtied down in order to give it an authentic look so that Carrigstown still feels familiar.

Brigie deCourcy, Executive Producer, said the set is “full of dramatic potential, and our extremely talented design team have excelled themselves – but it still manages to have the feeling of always having been there, just with a little something extra.”