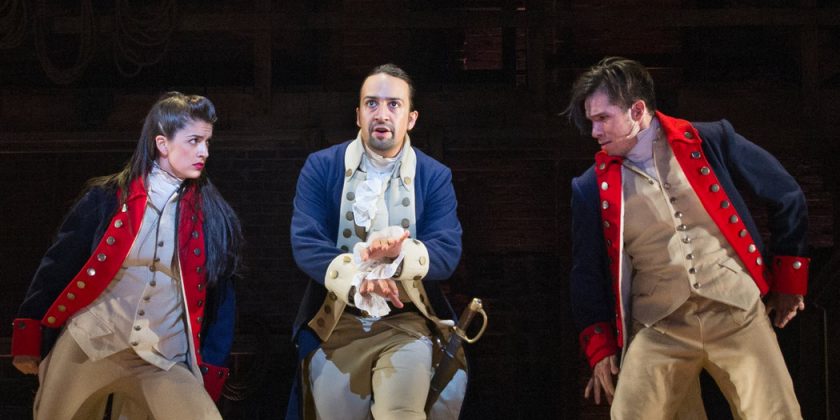 A production of “Hamilton” set to run in Puerto Rico next month is abruptly changing venues, citing a concern about security in the event of expected protests.

The musical’s lead producer, Jeffrey Seller, said Friday night that he was moving the show from a historic theater at the University of Puerto Rico’s Río Piedras campus to a modern facility in another part of San Juan, to make it easier to obtain police protection for theatergoers and the cast and crew. A longstanding practice in Puerto Rico has restricted police access to college campuses, and Mr. Seller said the likelihood of protests made police protection desirable.

The decision comes quite late in the game for “Hamilton,” which had already loaded its set into the university theater in anticipation of beginning performances Jan. 8 and opening Jan. 11 for a three-week run. The start of performances will now be delayed by three days, with a first performance (still the official opening) on Jan. 11 at the Centro de Bellas Artes Luis A. Ferré.

The move is a disappointment for the financially challenged university, which had been looking forward to the production as a chance to get some positive attention, and for Lin-Manuel Miranda, the creator of “Hamilton,” who had wanted to perform the show on campus as a show of support for the university, which is his father’s alma mater.

But the Mirandas — Lin-Manuel and his father, Luis — said they supported the decision, and noted that the university would still benefit from major improvements the production made to the theater in anticipation of the run.

Mr. Miranda will remain as the production’s star, and Mr. Seller said extra performances would be added to accommodate those who had tickets for the canceled previews.

The university has long been roiled by protests over a variety of issues, and “Hamilton” was facing a possible demonstration by staff upset over budget cuts, according to a report in a student publication.

The rector of the Río Piedras campus, Luis A. Ferrao, said in a statement that he felt “deep regret” over the decision, but attributed it “to reasons that are absolutely out of our control.”

Mr. Seller said he welcomed activism — noting that “Hamilton,” a show about the American Revolution, is essentially a celebration of protest — but that with protest come security issues that he felt compelled to anticipate and plan for.

“In the Heights,” Mr. Miranda’s breakthrough musical, was performed for a week at the Centro de Bellas Artes Luis A. Ferré in 2010.