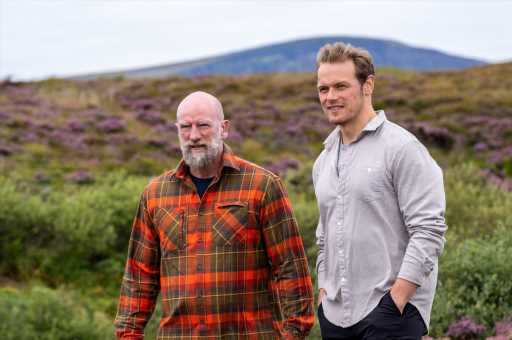 Sam Heughan and Graham McTavish are about to reunite with one of their Outlander co-stars in the upcoming episode of Men in Kilts. Here’s a hint: On Outlander, his character loved Claire (Caitríona Balfe) for her medical skills. But he was not happy when he learned Claire married Jamie. Oooh, drama. In this exclusive video clip, Sam and Graham are walking along the infamous Loch Ness at Great Glen, and Sam wonders, “Do you think we’ll see Nessie?” Nessie, aww they’re on a nickname basis with the ocean monster. As they approach the water, all of a sudden, who rolls up in a boat, or rather rows up? It’s the one and only Gary Lewis, the man behind Colum MacKenzie, Jamie’s uncle from Seasons 1 and 2 in Outlander. 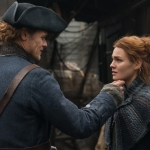 Gary’s Colum was also brother to Graham’s Dougal. And like Dougal, his character died in Season 2. But he wasn’t murdered by Claire and Jamie like Graham’s character. Or was he? Claire might have given him some wild herb to end his suffering. But either way, he was Claire and Jamie’s favorite uncle. Sorry, Dougal. A MacKenzie reunion at the Loch, we couldn’t be lochier. 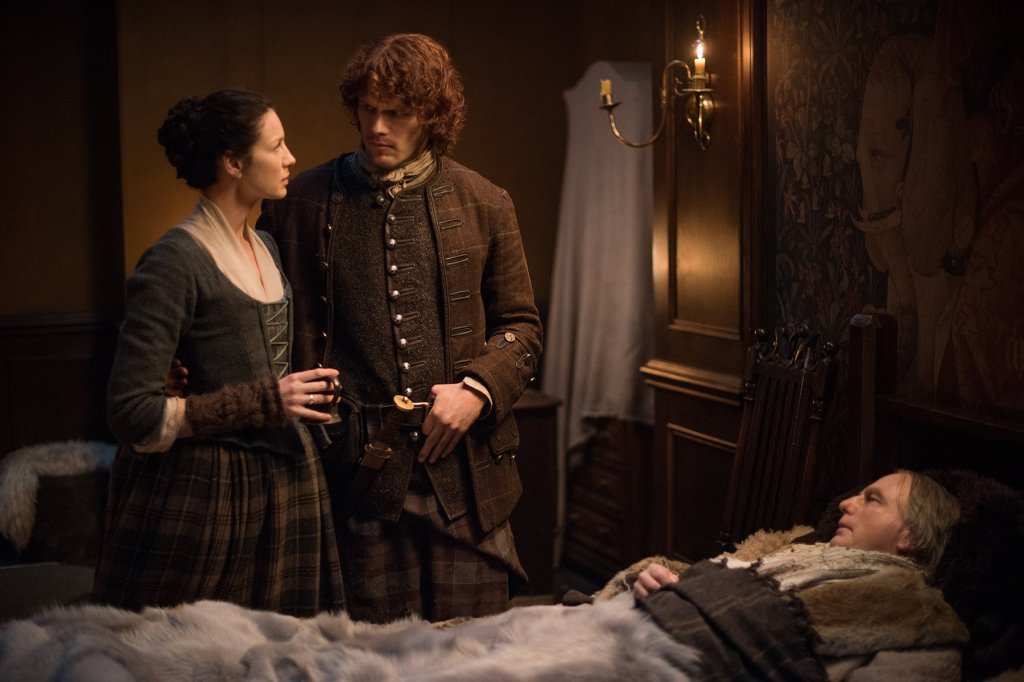 In the last Men in Kilts episode, Sam and Graham herded sheep and we met the herbalist behind Outlander’s Claire Fraser. And Sam was attacked by tiny flying bugs. This Sunday’s episode, “Scotland by Land, Air and Sea,” gives us not only the reunion of the MacKenzie uncles at Loch Ness, but seems to find Sam and Graham bike riding, and perhaps repelling down a mountain. It looks dangerous — for Graham. Bring on the Outlander reunion. Hopefully, Sam doesn’t off two uncles in one episode.

Men in Kilts episode 6 airs Sunday at 9 pm EDT on Starz, and Sam tweeted it might be his favorite episode of the season. If you want to see where Gary, Sam, and Graham’s friendship began, check out Outlander seasons 1 and 2, while you patiently wait for Season 6 and Season 7.

Before you go, check out the all-time best ‘Outlander’ episodes you need to watch (or re-watch).