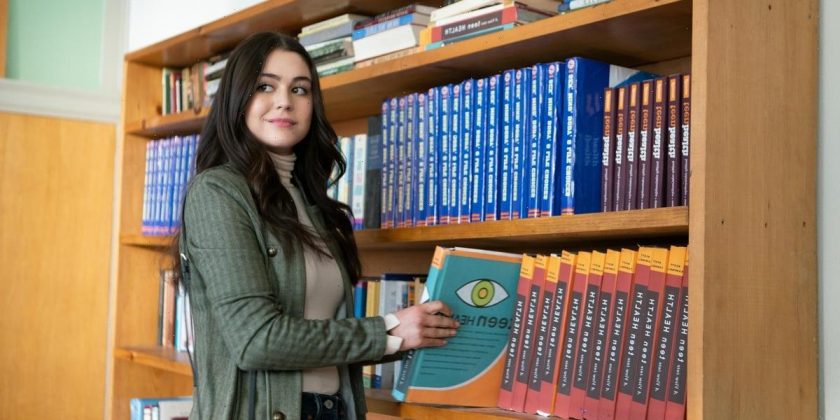 Alright, folks, it’s time to have “the talk” — with Hulu’s new sex-education comedy. Sex Appeal, directed by Talia Osteen and written by Tate Hanyok, is billed as a teen movie with a plot that follows brainiac Avery Hansen-White’s (Mika Abdalla) pursuit to master the one thing she hasn’t quite figured out as a high school student: her sexuality.

In the exclusive trailer, Avery finds herself stuck between a rock and an *almost* hard place when her long-distance boyfriend suggests the two take their relationship to the next level at their upcoming STEM conference (aka “nerd prom”). With the help of her three progressive moms, surprisingly experienced peers, and good friend Larson (Jake Short), Avery embarks on a wild quest to test her unique theory around sexuality, which ends up proving there’s much more to sex than just mechanics. “To master sexual excellence, I’m going to create an app that would collect data and prescribe steps for a successful sexual experience,” she says in the trailer.

Ahead of Sex Appeal’s premiere, POPSUGAR spoke to the film’s two leading names about what made them get on board with a film that dares to explore how teens navigate sex in high school. “I’ve never really done a comedy before. But when I read the script, I was like, ‘Wow, there’s a message here and it’s really funny, and I think it would be fun to do,'” Abdalla said. “I just think it’s a movie about exploring your sexuality in high school that we haven’t really seen before.” Short also added: “I think there’s a unique perspective telling this story. I don’t think I’ve ever seen this story from the side of a woman where she’s very open about her sexuality. I think it’s really important, especially right now.”

As Abdalla pointed out to us, Sex Appeal is not the first raunchy coming-of-age teen comedy in existence. But the film centering a young woman’s perspective in a story like this is certainly refreshing to see. Neither Abdalla nor Short had the traditional high school experience, but according to them, that doesn’t limit who can relate to the movie’s premise. “Regardless of what your actual high school experience is as a teenager — learning about sex, thinking about having sex, not wanting to talk to your parents about it, or having to turn to your peers — . . . I think this is something that everyone goes through,” Abdalla said.

The message behind the upcoming comedy intends to disrupt the idea of sex being forbidden for teens to talk about openly. “I think just by showing it in respectful yet pretty ridiculous situations helps it,” Abdalla said. “Makes it like it’s our characters going through the awkward thing and showing that it’s funny, but it doesn’t have to be a taboo subject.”