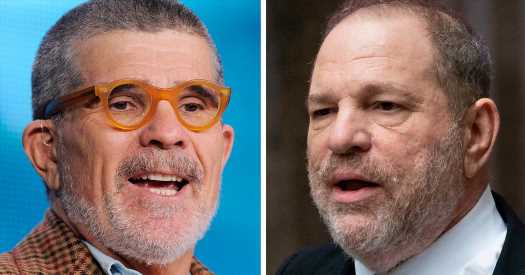 LONDON — Word that the Pulitzer Prize-winning playwright David Mamet was working on a #MeToo-related play first emerged in February 2018. “I was talking with my Broadway producer and he said, ‘Why don’t you write a play about Harvey Weinstein?’ And so I did,” Mr. Mamet told the Chicago Tribune.

Since then, he’s said next to nothing about the play, titled “Bitter Wheat.” And those involved in the production, which begins performances June 7 here at the Garrick Theater, have remained extraordinarily tight-lipped, too.

Mr. Mamet’s last few plays, including “The Anarchist,” “China Doll” and “The Penitent,” have not been well-received. And his political turn to the right has won him few fans in theater circles.

Still: David Mamet — who has directed 10 movies himself — taking on Harvey Weinstein? We want to know more. Here’s everything we’ve learned so far.

What Mr. Mamet has said.

“Every society has to confront the ungovernable genie of sexuality and tries various ways to deal with it and none of them work very well,” he continued in that Tribune interview. “There is great difficulty when you are switching modes, which we seem to be doing now. People go crazy. They start tearing each other to bits.”

Mr. Mamet is directing the play. His lead character, a “depraved Hollywood mogul,” according to the promotional materials, is Barney Fein. And John Malkovich is playing the part, his first time on the West End stage since 1992. 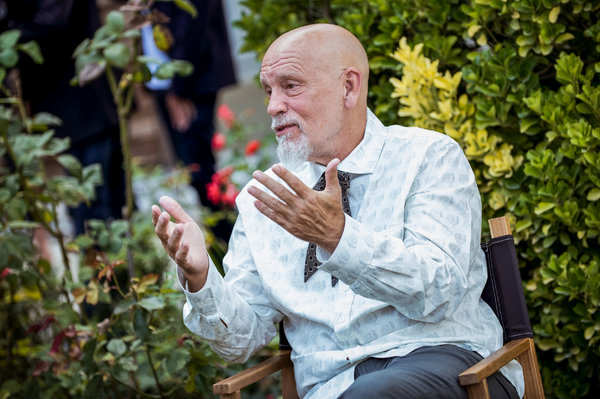 What Mr. Malkovich has said.

In January, Mr. Malkovich raised hackles after he described “Bitter Wheat” as a “black farce” on BBC Radio 4. “It might upset people who’ve experienced the kind of treatment that the play contains and shows and describes,” Mr. Malkovich predicted.

“A lot of people may not like it,” he said, noting that he personally considered it a terrific piece of writing.

“A lot of great plays elicit the question: Do I laugh or do I cry?” Mr. Malkovich said. “I think a lot of great comedy exists at the crossroads between pain and farce.”

The news that a powerful and wealthy male playwright was writing a “farce” about abuses carried out by a powerful and wealthy male movie mogul didn’t go down too well. Matters weren’t helped by the provocatively jaunty language used in publicity materials, which state that “Bitter Wheat” has been written and directed by Mr. Mamet “in a good mood,” and describe the Weinstein-style character of Barney Fein as “our hero.”

The marketing tag line: “Money, sex, power. You only need one of them to see ‘Bitter Wheat.’”

In The Guardian, Yomi Adegoke suggested that “there is a churning sense of irony in the fact that a campaign created to amplify women’s voices is instead amplifying the voices of men.” The theater critic Lyn Gardner expressed concerns in The Stage that women should own #MeToo stories, not “middle-aged playwrights whose recent hits have been sparse, and who are fascinated by male ‘monsters’ and want to give them more stage time. They have had quite enough.”

It plays with its own mythology.

Publicity materials for the show are littered with references to Greek myths — albeit in a teasing, arch way: Posters inflate Mr. Malkovich into a hulking, ominous figure and Barney Fein “is a bloated monster — a studio head, who like his predecessor, the minotaur, devours the young he has lured into his cave,” according to the play’s website.

This is a reference to the mythical half-man, half-bull minotaur who lived in the center of a labyrinth and ate humans. The promotional material, however, goes on to say his “fall from power to shame is a mythic journey which has been compared to ‘The Odyssey’ by people who claim to have read that book,” which suggests it would be wise to take Mr. Mamet’s trail of references with a pinch of salt.

It’s got a robust female star

Mr. Malkovich told the BBC that one of Mr. Weinstein’s accusers asked to read “Bitter Wheat,” with a view to appearing in it — before deciding against it, for reasons unknown. The production instead stars actress Ioanna Kimbook, making her West End debut, as well as Doon Mackichan, a British actress and comedian who plays a production assistant named Sondra.

Ms. Mackichan said in an interview that she talked to one of Mr. Weinstein’s former employees as preparation for the role.

She called the play “a really important story that needs to be told, now. I hope it gets all the conversations going, and makes people at the top go: ‘Christ, I can’t get away with that.’”

On the question of a #MeToo story being treated as “farce,” she added that it was all a question of tone. “There’s nothing farcical about rape,” she said, speaking shortly before rehearsals began in May. “That’s not anything I would be involved in, and if I feel uncomfortable with the way the story is being told I will make myself very clear.”

Mr. Mamet’s 1992 “Oleanna,” stitched from conversations between a powerful, privileged college professor and a militantly politically correct young female student, has always been controversial for having the young female student falsely cry rape, depicting a woman willfully destroying a man. Encouraged to sympathize with the wrongfully accused professor, the play’s final act of violence toward a young woman has even been cheered by audiences.

It’s unlikely that Mr. Mamet will pull any punches when it comes to criticizing the movie industry — he certainly didn’t in his Oscar-nominated screenplay for “Wag the Dog” in 1997. And his previous disquisitions on show business have been zingingly, stingingly cynical. His 2007 book “Bambi vs. Godzilla” was made up of caustic essays about everything that’s wrong with the movie business, taking aim at corporate culture, greedy producers and the vacuous nature of modern cinema.

In his New York Times review, Ben Brantley described Mr. Mamet’s 1988 play “Speed-the-Plow” as an “acid-etched portrait of greedy, foulmouthed Hollywood players.” It depicted male movie producers using their power to seduce younger, female employees — before revealing that the young women may, in fact, be knowingly manipulating them.

New York next? Don’t be surprised.

The choice of producer suggests “Bitter Wheat” may have further life in New York.

While it’s unusual for a Mamet play to open first in London, “Bitter Wheat” is produced by his regular Broadway producer Jeffrey Richards — responsible for 2015’s “China Doll,” the 2012 revival of “Glengarry Glen Ross” and the 2008 revival of “Speed-the-Plow.”

Among the stars of Richards’s previous shows: Al Pacino, Alan Alda, Liev Schreiber and Elisabeth Moss. You’d be foolish to bet against it transferring.