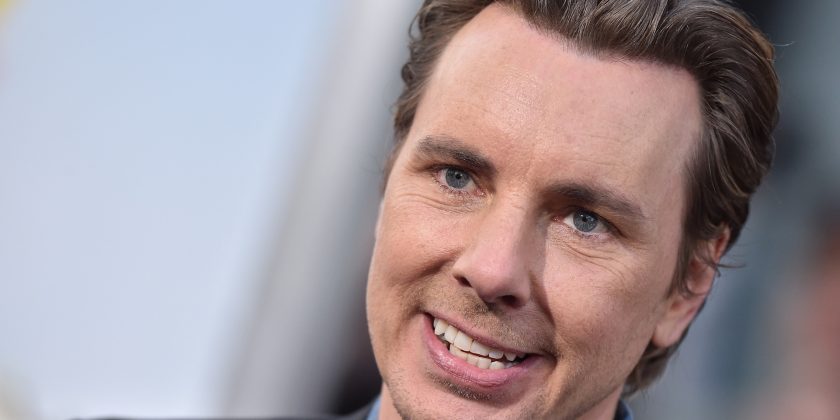 We’re not sure which fact intrigues us more: that Dax Shepard and Sean Hayes are close friends, that Shepard very nearly appeared alongside Hayes on Will & Grace or that he was fired from the show before he could even make his cameo.

All three pieces of intel were discussed during the December 17 episode of Shepard’s popular Armchair Expert podcast. The guest of honor? None other than Hayes, aka Mr. Jack McFarland himself.

“I was fired from the show. Which is the only firing experience of my life,” Shepard lamented to his friend and almost costar.

The entire situation proved to be so uncomfortable that Hayes tried to put it out of his mind altogether. “I almost don’t remember it,” Hayes started before clarifying, “Of course I remember it, but I almost blocked it out because it was horrible that it happened.”

My dear friend @seanhayes and I have a two hour giggle/love fest. If Sean can't brighten your day, go to the doctor immediately and tell them you're dead.

While time tempers most things, not much of it has actually transpired since Shepard was given the boot. He was let go only last year.

NBC revealed in November 2017 that Shepard would be making an appearance on an episode of the nostalgic reboot, although the network didn’t offer up many details beyond that. Per Shepard, he was set to play Jackson Boudreaux, a baker who tries to woo both Will (Eric McCormack) and Grace (Debra Messing).

Sadly, no wooing occurred. At least not by Shepard — NBC opted to give the role to Nick Offerman, who is married to the real-life Karen (Megan Mullally).

Shepard put two and two together when he got a particularly flattering phone call from his agent about a recent movie he’d done. “When we’re getting about 15 minutes into how good I am in this movie, all of a sudden something clicks where I go, ‘Oh, bad news is coming,’” Shepard explained. “In the middle of the compliment parade, I go, ‘Did I get fired from Will & Grace?’ And she goes, ‘They’re going in another direction.’’

It wasn’t exactly a total surprise, Shepard admits, saying, “I was like, ‘I knew it!’ Something stunk. You would not just call me to fluff my pillows for 15 minutes.”

As for why NBC decided to let him go, he may never know. “It could be as simple as I was terrible at the table read, and that’s fine,” he said of the one 45-minute read he had prior to learning he’d been sacked.

At the time, Shepard was a bit mortified. Today, he’s made peace with the situation.

“I’m fine with it now. It was an interesting feeling to get fired. The only thing I cared about is that you and I were involved. I think maybe that was the only element that I was like, ‘Well, that’s kind of embarrassing. These are people that I know — and then, I got canned.”

Shepard added to Hayes, “That’s the only time in being friends in twelve years that I feel like, ‘Oh my god, I feel like something is awkward between us.”

But as was made abundantly clear during the podcast, Shepard and Hayes’ friendship didn’t suffer in the long run. And as far as losing out on the gig, all’s well that ends well. According to Shepard, getting fired enabled him to do something he wouldn’t have been able to due to filming obligations: attend the pre-school graduation of his eldest daughter, Lincoln.

“This all worked out exactly as it should,” he promised Hayes.