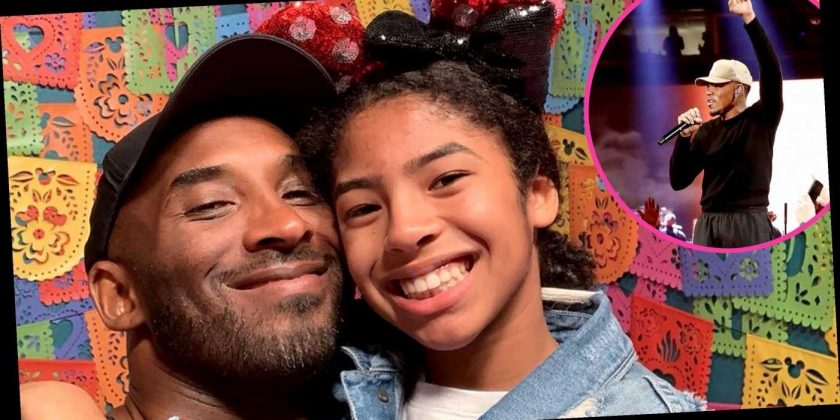 Kobe Bryant’s presence was felt at the 2020 NBA All-Star Game as stars including Common, Jennifer Hudson and Chance the Rapper honored the late Los Angeles Lakers player and his 13-year-old daughter, Gianna.

Nearly 24,000 people were in attendance at the United Center in Chicago on Sunday, February 16, to witness firsthand the 69th annual event and the many tributes to the father-daughter duo.

“We’ll never see another basketball player quite like Kobe, scoring 81 points in one game, scoring 60 points in his last game and winning five NBA championships,” Magic Johnson said during TNT’s pregame coverage. “But what I’m really proud about when we think about Kobe Bryant … he was passionate about being a great father, husband, filmmaker — young man won an Oscar. So, we all are hurting.”

Bryant, Gianna and seven of their friends perished in a helicopter wreck in the Calabasas neighborhood of L.A. on January 26 while traveling to one of the teen’s basketball games. The 41-year-old NBA legend is survived by his wife, Vanessa Bryant, and their daughters Natalia, 17, Bianka, 3, and Capri, 7 months.

“We know that he’s watching over us,” LeBron James told reporters at the NBA All-Star Practice and Media Day in Chicago on Saturday, February 15. “It’s our responsibility to represent the purple and gold. Not only for him but for all the greats, everybody who’s ever come to the Lake Show. … He’s with us every day.”

Scroll down to see every way that the 2020 NBA All-Star Game honored Bryant and Gianna.