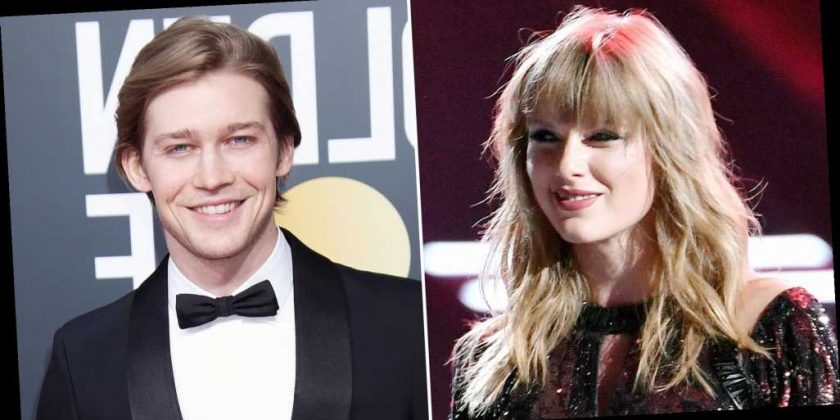 One last treat! When the physical edition of Taylor Swift’s new album, Folklore, came out on Friday, August 7, fans got one extra song that was not included on the digital release.

Naturally, Swifties immediately began decoding the lyrics to the bonus track, “The Lakes,” with many surmising that it is about the Grammy winner’s boyfriend, Joe Alwyn. The chorus, in particular, makes several references to England, where the Billy Lynn’s Long Halftime Walk star, 29, was born and raised.

When Swift, 30, announced on social media on July 23 that she secretly recorded Folklore in quarantine amid the COVID-19 pandemic, she told her followers that the standard edition would “have 16 songs … but the physical deluxe editions will include a bonus track.”

While fans patiently waited to hear “The Lakes,” The National member Aaron Dessner, who produced much of the album, teased what fans could expect from it.

“That’s a Jack [Antonoff] song,” he told Vulture on July 27. “It’s a beautiful kind of garden, or like you’re lost in a beautiful garden. There’s a kind of Greek poetry to it. Tragic poetry, I guess.”

Several songs on Folklore are rumored to be about Alwyn, whose relationship with Swift first made headlines in May 2017. (She previously dated stars including Joe Jonas, Jake Gyllenhaal, John Mayer, Harry Styles, Calvin Harris and Tom Hiddleston.)

“Invisible String” references the “yogurt shop” where the actor worked as a teenager before becoming famous. The lead single, “Cardigan,” meanwhile, alludes to Alwyn’s 2018 movie The Favourite with the line, “And when I felt like an old cardigan / Under someone’s bed / You put me on and said I was your favorite.”

Some fans even speculated that Alwyn cowrote the Bon Iver-featured “Exile” under the pen name William Bowery as Bowery is not a registered songwriter.

Swift also used the album to announce the name of Ryan Reynolds and Blake Lively’s third daughter, who was born in 2019. She later confirmed in a radio interview that “all the characters” in the song “Betty” are named “after my friends’ kids.” (“Betty” also references the couple’s daughters James, 5, and Inez, 3.)

Scroll down to see three clues that “The Lakes” is about Alwyn!