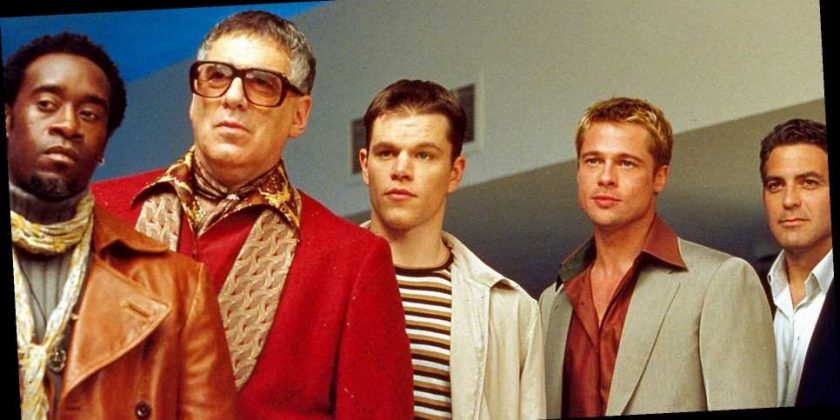 Roll out the red carpet! Since the first installment of the Ocean’s series, A-list actors have crowded the big screen to pull off the ultimate cons.

Based on the classic 1960 film of the same name, 2001’s Ocean’s Eleven assembled a team of some of the biggest names in Hollywood at the time, including George Clooney, Brad Pitt, Matt Damon, Julia Roberts and more. The commercial success of the modern heist movie spurred two sequels, Ocean’s Twelve (2004) and Ocean’s Thirteen (2007). The trilogy raked in $1.17 billion worldwide.

Across each of the three films, most of the iconic supporting ensemble returned to reprise their roles. When Bernie Mac died in August 2008, director Steven Soderbergh was hesitant to promise fans a fourth movie without one of the series’ integral stars.

“I don’t think any of us would want to return to that,” the filmmaker told MTV four months after the actor’s passing. “It’s sad because that was a fun group of people to hang out with.”

Though Danny Ocean’s story may have come to an end with the central trilogy, writer and director Gary Ross had other ideas. In October 2015, it was confirmed that an all-female spinoff was in the works. By the next year, filming had begun with Sandra Bullock, Cate Blanchett, Sarah Paulson, Anne Hathaway and more rounding out the all-star cast. Ocean’s 8 hit theaters in June 2018, exactly 11 years after Ocean’s Thirteen was released.

While some viewers were skeptical that the stars of the spinoff could echo the same charm as the original cast, the actresses knew they were setting an important precedent.

“I do honestly feel like it’s Groundhog Day. This film is a wonderful, fun romp and piece of entertainment,” Blanchett told USA Today of the experience in June 2018. “If this is being forced by the media to stand for all female-centric films, it’s an enormous pressure — it’s unsustainable. And [whether it succeeds or fails], it makes it difficult for other films with women at the center to sink or swim on their own merit.”

Scroll down to see more of the major Hollywood stars who’ve graced the Ocean’s franchise.