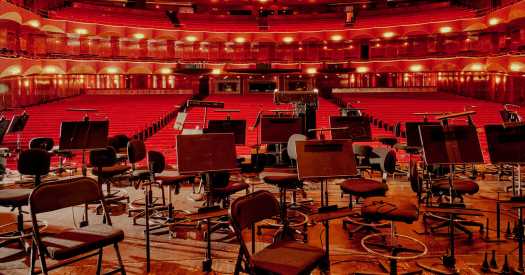 When the coronavirus outbreak brought performances across the United States to a screeching halt, many of the nation’s leading orchestras, dance companies and opera houses temporarily cut the pay of their workers, and some stopped paying them at all.

Now, hopes that vaccines will allow performances to resume next fall are being tempered by fears that it could take years for hibernating box offices to rebound, and many battered institutions are turning to their unions to negotiate longer-term cuts that they say are necessary to survive.

The crisis is posing a major challenge to performing arts unions, which in recent decades have been among the strongest in the nation. While musicians at some major ensembles, including the New York Philharmonic and the Boston Symphony Orchestra, have agreed to steep cuts that would have been unthinkable in normal times, others are resisting. Some unions fear that the concessions being sought could outlast the pandemic, and reset the balance of power between management and labor.

“Historically, labor agreements in the performing arts have been moving toward more money and better conditions,” said Thomas W. Morris, who led major orchestras in the United States for more than three decades. “And all of a sudden that isn’t an option. It’s a fundamental change in the pattern.”

Nowhere is the tension between labor and management more acute than at the Metropolitan Opera, the largest performing arts organization in the nation. Its artists and other workers, many of whom have been furloughed without pay since April, are resisting an offer by management to begin receiving reduced wages of up to $1,500 a week again in exchange for long-term pay cuts and changes in work rules. After failing to reach an agreement with its stagehands, the company locked them out last week, shortly before more were scheduled to return to work to begin building sets for next season.

But musicians in a growing number of orchestras are agreeing to long-term cuts, recognizing that it could take years for audiences and philanthropy to bounce back after this extended period of darkened concert halls and theaters.

The New York Philharmonic announced a new contract last week that will cut the base pay of musicians by 25 percent through mid-2023, and which will leave the players earning less than they did before the pandemic struck when it expires in 2024. The Boston Symphony Orchestra, one of the richest ensembles in the nation, agreed to a new three-year contract reducing pay by an average of 37 percent in the first year, gradually increasing in the following years but only recovering fully if the orchestra meets at least one of three financial benchmarks. The San Francisco Opera agreed to a new deal that halves the orchestra’s salary this season, but later makes up some ground.

Unions play a major role behind the scenes at many arts organizations. The contracts they negotiate not only set pay, but also help establish a wide range of working conditions, from how many permanent members an orchestra should have to how many stagehands are needed backstage for each performance to whether Sunday performances require extra pay. It is not uncommon to see major orchestras abruptly end rehearsals mid-phrase — even when a famous maestro is conducting — when the digital rehearsal clock shows that they are about to go into overtime.

Workers and artists say that many of these rules have improved health and safety and raised the quality of performances; management has often chafed at the expense.

Many nonprofit performing arts organizations, including the Met, faced real financial challenges even before the pandemic struck. Now, they say, they are fighting for their survival, furloughing or laying off administrative staff and seeking relief from unions. 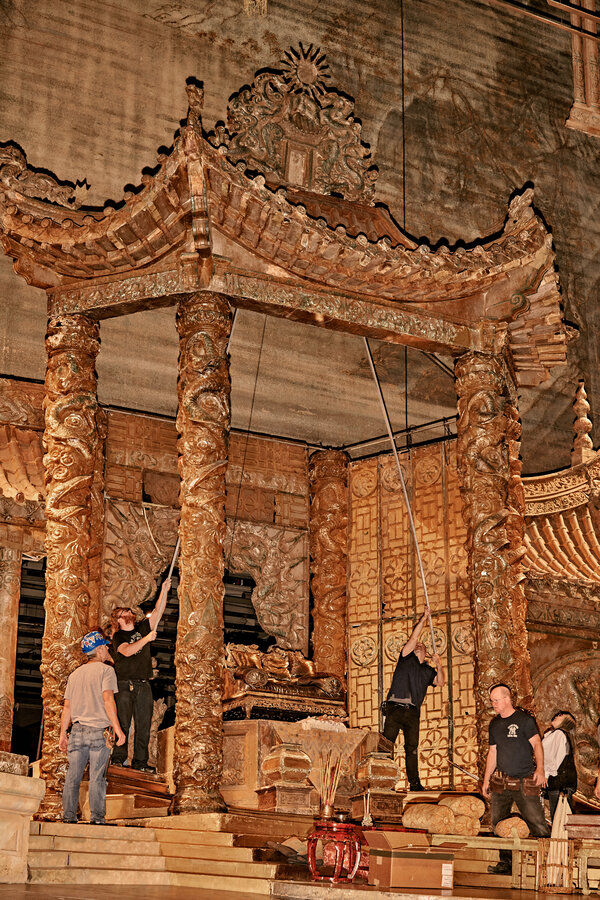 “Unions are very reluctant to make concessions; it goes against everything trade union strategy has told them for 100-plus years,” said Susan J. Schurman, a professor of labor studies and employment relations at Rutgers University. “But clearly they understand that this is an unprecedented situation.”

But at some institutions, including at the Met and the John F. Kennedy Center for the Performing Arts in Washington, workers are accusing management of trying to take advantage of the crisis to push for changes to their union contracts that they have long sought.

Peter Gelb, the general manager of the Met, wants to cut the pay of workers by 30 percent, and restore only half of those cuts when box office revenues recover. He hopes to achieve most of the cuts by changing work rules. In a letter last month to the union representing the Met’s roughly 300 stagehands, Local One of the International Alliance of Theatrical Stage Employees, he wrote that “the health crisis has compounded the Met’s previous financial fragility, threatening our very existence.” He also wrote that the average full-time stagehand cost the Met $260,000 last year, including benefits.

“For the Met to get back on its feet, we’re all going to have to make financial concessions and sacrifices,” Mr. Gelb told employees in a video call last month.

There are 15 unions at the Met, and while the leaders of several of the biggest have said that they are willing to agree to some cuts, they are pushing back on changes that would outlast the pandemic and redefine work rules that they have long fought for — especially after so many workers, including the orchestra, chorus and legions of backstage workers, have endured many months without pay. The Met’s orchestra, which is represented by Local 802 of the American Federation of Musicians, said in a statement that management was “exploiting this temporary situation to permanently gut contracts of the very workers who create the performances on their global stage.”

Leonard Egert, the national executive director of the American Guild of Musical Artists, which represents members of the chorus, soloists, dancers, stage managers and others at the Met, said that unions recognized the difficult reality and were willing to compromise. “It’s just that no one wants to sell out the future,” he said.

In Washington, the stagehands at the Kennedy Center are fighting a similar battle. David McIntyre, president of Local 22 of the alliance, said he has been in contentious negotiations with the Kennedy Center for months over their demand for a 25 percent pay cut, something that is hard for the union members to stomach after many of them have gone without pay since March.

Management is also asking for concessions such as an elimination of time-and-a-half pay on Sundays, he said, a change that would be permanent rather than limited to the pandemic. The union stagehands are particularly indignant because the Kennedy Center received $25 million from the federal stimulus bill passed in March.

“They’re just trying to get concessions out of us by leveraging a pandemic when none of us are working,” Mr. McIntyre said.

A spokeswoman for the Kennedy Center, Eileen Andrews, said that several of the unions that it works with already accepted pay cuts, including the musicians with the National Symphony Orchestra, and that the recovery from the pandemic needed to be accomplished through “shared sacrifices.”

Organizations have lost tens of millions of dollars in ticket revenue, and the outlook for the philanthropy that they rely on for their survival remains uncertain. As union negotiations proceed within the grids of video calls rather than around the typical stuffy board room tables, both sides recognize the financial fragility.

In some respects the pandemic has altered the negotiating landscape. Unions, who normally have tremendous leverage because strikes halt performances, have less at the moment, when there are no performances to halt. Management’s leverage has changed as well. While the Met’s threat that it would lock out its stagehands unless they agreed to cuts carried less menace at a moment when most employees were not working anyway, its offer to begin paying workers who have gone without paychecks since April in exchange for long-term agreements may be hard to resist.

At some institutions, memories of the destructiveness of recent labor disputes have helped foster cooperation during this crisis. At the Minnesota Orchestra, where a bitter lockout kept the concert hall dark for 16 months starting in 2012, management and the musicians agreed on a 25 percent pay cut through August.

And the Baltimore Symphony Orchestra, which had its own hard-fought labor dispute last year, managed to reach agreement on a five-year contract this summer, cutting the pay of players sharply at first before gradually increasing it again.

The last time a national crisis of this magnitude affected every performing arts organization in the country was during the Great Recession, when organizations sought cuts to offset the decline in philanthropy and ticket sales, triggering strikes, lockouts and bitter disputes.

Meredith Snow, the chair of International Conference of Symphony and Opera Musicians, which represents players, said that labor and management mostly appeared to be working together more amicably than they did then — at least for now.

“There is more of a recognition that we need to be a unified face to the community,” said Ms. Snow, a violist for the Los Angeles Philharmonic, “and that we can’t be squabbling or we’re both going to go down.”