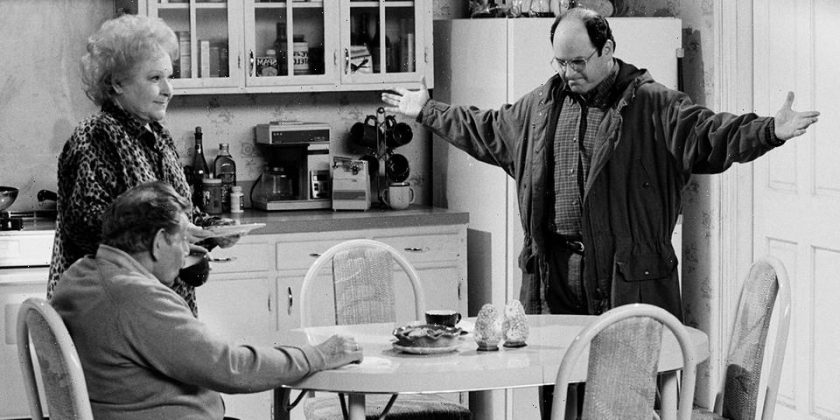 Actress Estelle Harris — known for her works as Mrs. Potato Head in Toy Story and the mother of George Costanza in Seinfeld — has died at the age of 93.

Just two days shy of her 94th birthday, Harris died of natural causes. Somewhat of a cult guest star in the Seinfeld series, Harris (Estelle Costanza) would often be portrayed alongside Jason Alexander (George Costanza) and in-show husband Frank Costanza who was played by Jerry Stiller.

Her 27 episodes gave rise to numerous classic scenes and quotes like her first episode in season 4 where she comes home to find her son George touching himself. Her line, “I don’t understand you. I really don’t. You have nothing better to do at three o’clock in the afternoon? I go out for a quart of milk, I come home, and find my son treating his body like it was an amusement park!” continues to remain a classic even after 20 years.

The trio’s hilarious dynamic will go down as one of the most comedic families in television history.
Source: Read Full Article