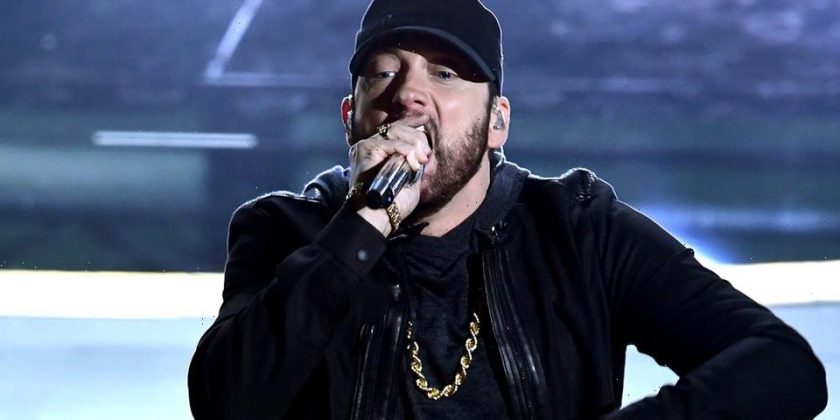 Eminem is commemorating 20 years of his 2002 album, The Eminem Show, with a special 20th Anniversary Expanded Edition.

The veteran rapper took to Twitter to announce the album release, writing, “‘Well, if you want Shady, this is what I’ll give ya,’” and confirming a release date of May 26 — its exact anniversary. Em also shared a one-minute promotional video showcasing visuals from that record, including those of “Without Me,” “White America,” “Sing For The Moment,” “Superman” and “Cleanin’ Out My Closet.”

The Eminem Show marked Eminem’s fourth studio album following 2000’s The Marshall Mathers LP, and went on to debut at No. 1 on the Billboard 200 with 284,000 copies sold on its first day 1,322,000 copies during its first full sales week. It was named the best-selling album both in the United States and worldwide in 2002, and was recently certified diamond by the RIAA.

In case you missed it, Em made a special appearance during Pete Davidson’s final SNL episode.
Source: Read Full Article