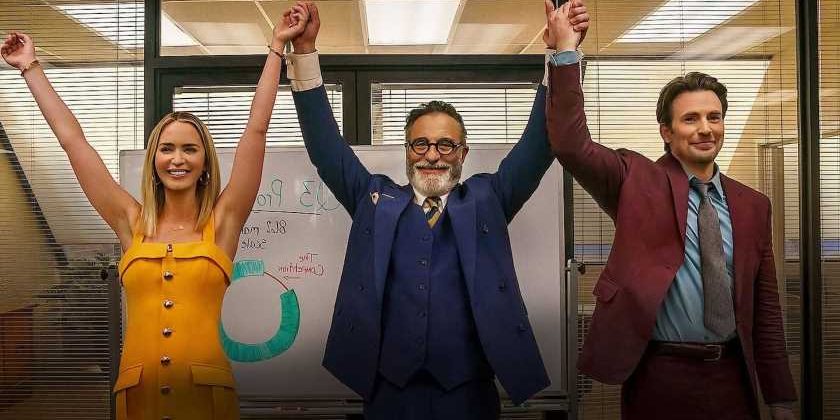 Here’s what you need to know about Pain Hustlers.

Let’s face facts: Emily Blunt is the sort of actor who turns every project she touches into the purest gold.

Whether it’s A Quiet Place, Mary Poppins Returns, The Devil Wears Prada or The English, there’s never been a film or TV project she’s done that we haven’t wound up raving about – so you better believe we’re on tenterhooks waiting for her new conspiracy thriller to hit Netflix.

Based on a 2018 New York Times Magazine article by Evan Hughes, here’s what you need to know about Pain Hustlers.

What is Pain Hustlers about?

When she loses her job, Liza – a high school dropout with a daughter to support – gets herself a new role at a failing pharmaceutical start-up.

At first, everything seems brilliant; the job pays the bills, her personality catapults her to success and the company enjoys newfound recognition, power and financial security.

What could go wrong?

Netflix’s Leave The World Behind: we finally have our first look at Julia Roberts in the adaptation of Rumaan Alam’s bestselling novel

A lot, as it turns out. Because it’s not long before Liza finds herself at the centre of a criminal conspiracy – and a deadly one at that.

Is there a trailer for Pain Hustlers?

Not yet, but the first pieces of footage have been revealed in Netflix’s sizzle reel highlighting their 2023 film slate.

You can watch the promo below:

Who stars in Pain Hustlers?

Emily Blunt takes the lead in this gritty new film, which is directed by David Yates.

What is the true story behind Pain Hustlers?

As per Hughes’ original exposé, Pain Hustlers is inspired by the true story of a pharmaceutical startup in the early 2000s called Insys Therapeutics.

Insys – which made a point of hiring inexperienced saleswomen in their 20s and 30s – slowly became a multi-million dollar company. And this was largely thanks to its dogged selling of one single painkiller, fentanyl – a potent opioid that was only meant for late-stage cancer patients.

Netflix 2023: 17 new films and TV series we can’t wait to stream next year

Over time, fentanyl became one of the most widely distributed drugs (and remains, even now, at the centre of America’s ongoing drugs crisis). When several whistleblowers came forward, though, the company’s executives were charged with multiple counts of racketeering, and Insys Therapeutics officially went bankrupt in 2019.

When can we watch Pain Hustlers?

Pain Hustlers will become available to stream via Netflix on 27 October 2023.

Mark that date in your diaries now, people!