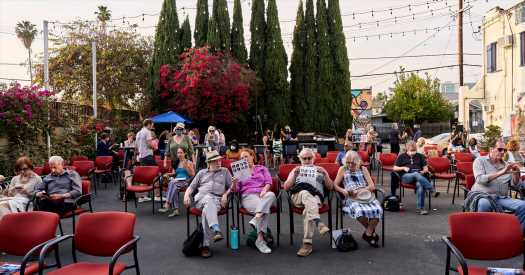 A state law threatens to drive up labor costs for the city’s hand-to-mouth small theater scene as it tries to emerge from the pandemic. 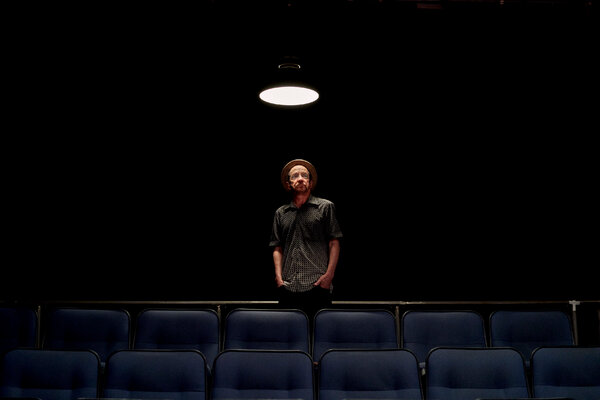 LOS ANGELES — “And here she is, in all her glory.”

With a clank of a switch, Gary Grossman, the artistic director of the Skylight Theater Company in Los Angeles, turned up the lights over the 99 seats of his shoe box of a theater in Los Feliz the other morning. The Skylight looked pretty much the way it did when it abruptly shut down in March of 2020. Planks of scenery from its last production, “West Adams,” were gathering dust, leaned up against the rear of the stage.

Concert halls, arenas, movie houses, baseball stadiums and big theaters are reopening here and across the country as the pandemic begins to recede. But for many of the 325 small nonprofit theater companies scattered across Los Angeles, like the Skylight, that day is still months away, and their future is as uncertain as ever.

“How long will it be until we get back to where we were?” Grossman asked, his voice echoing across the empty theater that was founded in 1983. “I think three to five years.”

This network of intimate theaters, none bigger than 99 seats, is a vibrant subculture of experimentation and tradition in Los Angeles, often overlooked in the glitter of the film and television industry. But it is confronting two challenges as it tries to climb back after the lengthy shutdown: uncertainty as to when theatergoers will be ready to cram into small black boxes with poor ventilation, and a 2020 state law, initially intended to help gig workers such as Uber drivers, that stands to substantially drive up labor costs for many of these organizations.

The new gig worker law mandates that all theaters, regardless of size, pay minimum wage — which is ramping up to $15 an hour in California — plus payroll taxes, workers’ compensation and unemployment insurance. While some unionized theaters paid a minimum wage before, many had exemptions from Actors’ Equity which allowed them to pay stipends that typically ranged from $9 to $25 for each rehearsal or performance.

Producers say the new state law means expenses for many small theaters will climb steeply at an exceptionally fragile moment for the industry.

“Small performing arts organizations are on the verge of disappearing in California,” said Martha Demson, the board president of the Theatrical Producers League of Los Angeles. “It’s an existential crisis. We had the 15 months of Covid. But also now the California employment laws; to remain good employers we have to hire all of our employees as full-time employees.”

Many organizations have survived these past months with government grants, support from donors and breaks from landlords. But Demson said some theaters that were forced to turn off the lights may never be able to return in this difficult environment.

It has all added to an atmosphere of anxiety for a part of Los Angeles that has often felt a bit like a cultural stepchild. For all its growth and accolades, and its importance to actors looking for a place to work or stay sharp between roles in movies or on television, the theater scene has been too often overlooked. There is no central district of small theaters, as there is in many cities: They are scattered across North Hollywood, Atwater Village, Westwood, a stretch of Santa Monica Boulevard in Hollywood, Culver City and downtown Los Angeles.

“Reminding the public that intimate theater not only exists but is essential to a well-balanced life in L.A. has been a challenge for decades,” said Stephen Sachs, the co-artistic director of the Fountain Theater. “We are always up against the goliath of the film and television industry.”