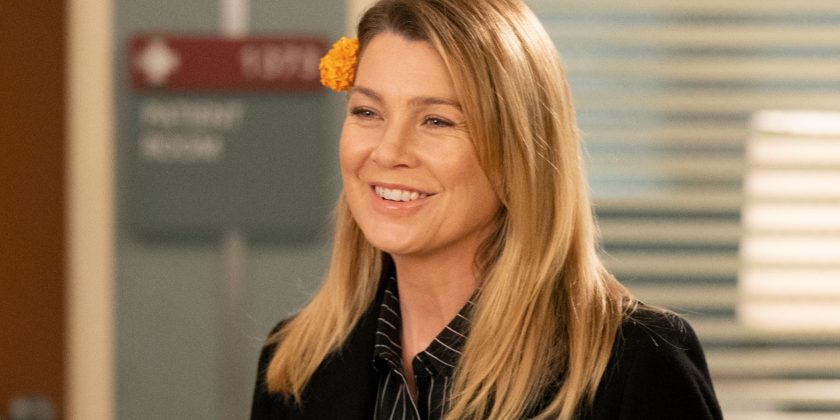 Don’t panic yet, Grey’s Anatomy fans! Although star Ellen Pompeo hinted last fall that she’d be leaving the ABC series when her contract is up next season, that may not be the case after all. In a recent interview with TVLine, Pompeo explained that her Grey’s Anatomy exit probably won’t happen in the near future. Her reasons for why are honestly admirable.

“I keep saying, ‘I’m ready to move on and I want to stop the show before the ratings go down,’ but the ratings never go down!” Pompeo said in an interview published on Wednesday. “They go down a little bit, but the fact that we are able to hold our [title as ABC’s No. 1 series] is kind of [incredible]. It’s very cool to have these kind of ratings and be on a hit network show in this [Peak TV] landscape.”

She also admitted, “It’s pretty nice place to work. I like my situation here. As much as the idea of something new appeals to me… the truth is I have three kids. I don’t really want to travel and leave [them]. I don’t want to be a circus traveller and live in hotels. And the network and studio continue to incentivize me and just make me offers that I can’t refuse.”

Plus, if Pompeo leaves Grey’s, there’s a good chance the show will end altogether. After all, she plays the titular character. She has previously reflected on how much of an impact the show has made on its fans, as well as the TV industry, which is something she’s also taking into consideration when it comes to deciding what her future with the show may be.

“I’d be lying if I said I didn’t think about how many people have stable jobs [at Grey’s],” Pompeo told TVLine. “In this town you don’t get a lot of 24-episodes-a-season shows. So the fact that this crew gets to film 24 episodes – that’s 10 months of work – and they get to stay in LA [is remarkable].”

Pompeo’s current $20 million-per-season contract ends after Grey’s Anatomy season 16. She said, “beyond that… I don’t really know. I take it day-by-day.” Still, it’s a relief to know that she’s not quite ready to say goodbye, because neither are we.