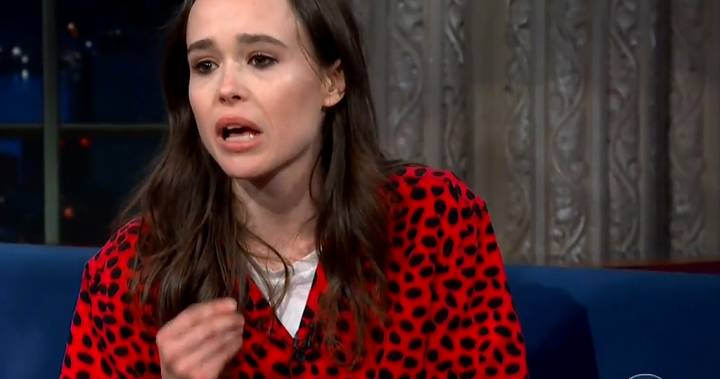 Canadian actor Ellen Page let her opinions be known on Thursday night’s episode of The Late Show With Stephen Colbert.

The Juno and Gaycation star fought back tears as she discussed the Donald Trump administration, specifically vice-president Mike Pence, and the Tuesday attack of gay Empire actor Jussie Smollett.

“It feels impossible not to feel this way right now with the president and the vice-president Mike Pence, who wishes I could not be married, let’s just be clear,” Page said to Colbert, referring to her wife Emma Portner. “The vice-president of America wishes I didn’t have the love with my wife. He wanted to ban that in Indiana, he believes in conversion therapy, he has hurt LGBTQ people so badly as the governor of Indiana.”

Referring to Pence’s policies, the 31-year-old said how the heightened political anti-LGBTQ rhetoric and the Smollett attack are interrelated; she claims you can “connect the dots” between any ostracizing political speech and anger against minority communities.

“I have travelled the world and I have met the most marginalized people you could meet,” she said, referring to her nomadic show Gaycation, where she visits people in LGBTQ communities worldwide. “I am lucky to have this time and the privilege to say this. This needs to f**king stop.”

Page stars in the upcoming Netflix series The Umbrella Academy.

(You can watch the clip of Page in the video, top.)

‘The Late Show With Stephen Colbert’ airs at 11:35 ET/PT on Global.