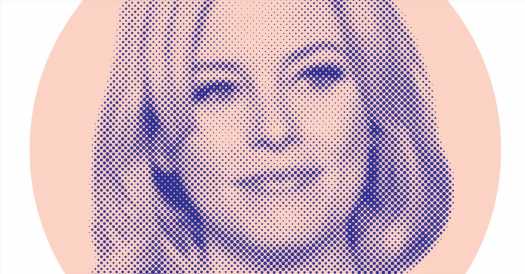 “I’ve never met somebody who said, ‘Gosh, my parents talked to me about sex too much,’” Elizabeth Banks said.

Banks, 47, an actress, writer, director and producer, is a mother to two boys. And as one of them neared puberty, she knew she would have to start talking soon. To prepare, she created “My Body, My Podcast,” an intimate, chatty series that Audible released on July 29. Its six episodes explore sex, sexuality, gender and body image with guests including Laverne Cox, Lindy West and Banks’s own mother. Peggy Orenstein stops in to discuss hookup culture; Jameela Jamil puts the diet industry on blast.

Banks, speaking from Dalkey, Ireland, where she is shooting the comedy “Cocaine Bear,” refers to the podcast as her “continuing sex ed” and the most personal work she has ever created. Like all of her recent projects — the “Charlie’s Angels” reboot, the “Pitch Perfect” franchise, “Shrill” — “My Body, My Podcast” centers women’s stories, without apology. “I’m trying to be quietly revolutionary,” Banks said.

Huddled in a cozy sweater and drinking a glass of warm tea with a few ice cubes tossed in — “They don’t have iced tea here. It’s not a thing,” she sighed — she discussed the art and ideas that influence her current work and the cultural experiences and artifacts that bring her pleasure. These are edited excerpts from the conversation.

1. “Girls and Sex” and “Boys and Sex” by Peggy Orenstein These are books in which Peggy Orenstein interviews young people about all of their sexual experiences. I read “Girls and Sex” with my book club, and we were all a little bit devastated at how Peggy presented just how little fun any young women are having. It was a total wake-up call for me as a woman, as a parent, as an advocate and as an artist. It really inspired me to create “My Body, My Podcast.” Peggy followed it up with “Boys and Sex,” which I also read, which confirms that boys and men are desperate for connection and that the standards for them are just as insanely high as they are for girls and women.

2. Female Athletes I was sporty as a kid. I’m a sporty person. I just celebrate every single woman who undeniably reaches the top of her field and then uses that platform to make the world better for the rest of us. For me, it started with Billie Jean King fighting for Title IX and pay equity. U.S. women’s soccer, Naomi Osaka, Simone Biles, Serena Williams. Even right now with the Olympics, these are women who are doing the absolute most and best with their female bodies. And yet those same bodies are still up for discussion and dissection.

3. Tanglewood Tanglewood is a music venue in Lenox, Mass. I grew up in Pittsfield, a factory town just north of Lenox. Looking back, I can see how aspirational it was to go there as a kid. I got to listen to John Williams and the Boston Pops. It was fancy music for fancy people. True bliss for me is laying on the lawn on a warm summer night bathed in music, watching the stars with family and friends by my side.

4. Jackson Browne, “Running on Empty” It was a favorite album of my aunt Barbara, Auntie Babs, who passed away during the early Covid lockdown. I started listening to honor her. She introduced me to that album on a road trip that she and I took together, and the album is all about a road trip. There’s a comforting feeling of nostalgia that I get listening to it.

5. “Sapiens: A Brief History of Humankind” by Yuval Noah Harari “Sapiens” is a book about the history of humanity across culture. As a woman and a feminist, this book was an important reminder that we, as humans, just kind of decided that birthing and caring for babies was not as important as selling cows, tilling land, using weapons. So women don’t amass any of that wealth and power. This book clarified for me why I feel so strongly in my bones that reproductive rights are the basis for women’s equality.

6. “Stand by Me” I love Rob Reiner’s films. I aspire to a filmmaking career like his. This one is an incredible treatise on the damage of toxic masculinity, which were not words when this movie came out, and the obvious antidotes, which are connection, support, brotherly love. My husband and I are raising boys, and we want them to feel connected to us, to their family, to their friends, to nature and to appreciate every day. All of those lessons are in that film.

7. Nia DaCosta and Chloé Zhao There is this Hollywood narrative about men who make a small personal film that goes to a festival and then immediately get the keys to the kingdom, the big Hollywood job. The continuing narrative is that women either don’t want those jobs or can’t handle those jobs. Nia DaCosta and Chloé Zhao just busted that narrative all up. They made their personal films, and they also got the big jobs. Chloe’s doing “Eternals”; Nia is doing “The Marvels.” They’re being allowed to have ambition, which is very tricky for women in any industry. It’s that blatant ambition that inspires me the most. I want that.

8. High tea I’ve recently rediscovered it, here in Ireland. Growing up, I would go to Boston and have high tea with my great-aunts. For me, it’s a scone with clotted cream and jam, finger sandwiches, petit fours, English Breakfast tea with a little milk and a sugar cube dropped in with real silver tongs. It’s something I love doing no matter where I am in the world.

9. Canned wine We do so much hiking, biking, trails, lakes, rivers. And I just don’t really love beer. But I do love wine. A can of wine in the cooler floating down the river? It was like light bulbs going off. I saw how canned wine fit into my life immediately upon being introduced to it.

10. Classic sitcoms David Wain, the writer-director on “Wet Hot American Summer,” we’re working on a project together right now. We just started talking about our appreciation for well-crafted jokes, starting with “I Love Lucy” and Jackie Mason. A well-crafted joke and the ability to deliver it, and the timing, it’s just something that is top of my mind as an artist right now. “Friends,” “30 Rock”? Those guys were perfect.