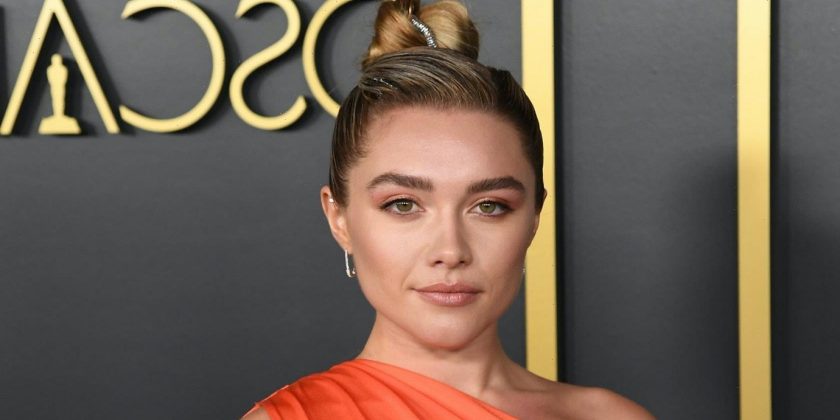 John Steinbeck’s East Of Eden is being adapted as a new Netflix series and it’s just confirmed one well-known face is joining the cast. Here’s everything you need to know about it.

When it comes to Netflix adaptations, recently, we’ve been spoilt for choice. As well as all the talk around upcoming Jane Austen adaptation Persuasion, we’ve had Anatomy Of A Scandal and Heartstopper to tuck into in recent months.

Well, another literary favourite that’s getting the Netflix treatment is East Of Eden. The John Steinbeck novel was published in 1952 and was adapted for the big screen with director Elia Kazan at its helm. Fast forward to now, 70 years later, Kazan’s granddaughter Zoe Kazan is writing and executive producing the new Netflix series. Talk about a sweet family sentiment, right?

Not much is currently known about the new Netflix series but it has just been confirmed that Florence Pugh – who we’re waiting patiently to see alongside Harry Styles in Don’t Worry Darling – is joining the cast.

With that, here’s everything you need to know about Netflix’s East Of Eden.

Trending on Netflix UK June 2022: all the best TV shows and films you need to have on your radar

What is the plot of East Of Eden?

According to Deadline, the new series was the subject of a multiway bidding war with it finding its home on Netflix.

The series is still in early development so we can expect a full synopsis to come soon but as of now, according to Deadline, the new adaptation will “explore the novel’s themes of trauma and repair; love and betrayal; duty and free will. The series will sketch an intimate portrait of the Trask family against the backdrop of huge historical forces – or, as Steinbeck put it, ‘the story of my country and the story of me.’”

Published in 1952, the novel tells the tale of two families, the Trasks and the Hamiltons, and their interwoven stories. It’s set in California’s Salinas Valley over a period of time that stretches from the American Civil War to the end of the First World War.

As previously mentioned, this is not the first time that East Of Eden has been adapted for the screen.

Elia Kazan’s film adaptation focused mainly on the final section of the book with characters Cal and Aron as teenagers. The critically acclaimed film is best known for being led by James Dean in his first ever leading role as Cal. The film also starred Julie Harris, Raymond Massey, Richard Davalos and Jo Van Fleet, and went on to be nominated for four Academy Awards.

Controversy surrounded Kazan, though, after his 1952 testimony as a witness before the House Committee on Un-American Activities at the time of the well-known Hollywood “Black List”. It came to another head in 1999 when Kazan was awarded an honorary Oscar by the Academy. There was picketing outside the awards theatre and many audience members did not join the applause as the Oscar was presented by Scorsese and De Niro.

Otherwise, Steinbeck’s novel was also adapted into a three-part ABC miniseries in 1981 so for any avid Steinbeck fans, it’ll be interesting to see how this new Netflix series compares.

Netflix’s Persuasion: why the internet is divided over the new trailer

Who will star in East Of Eden?

The series is still in its early stages but rather excitingly, Florence Pugh has just been confirmed to join the cast.

Pugh is set to star as Cathy Ames as well co-producing the series. The Oscar-nominated actor is no stranger to meaty roles and this is a major one. Cathy is the main antagonist in Steinbeck’s novel and is married to the book’s main protagonist Adam Trask. She is regularly described in the novel as “evil”, manipulative and is characterised by Steinbeck as being a “psychic monster” with a “malformed soul”. It’s safe to say then that we can’t wait to see Pugh in action.

It’s also been said that currently, the producers are looking to cast the Trask family as well as find a director.

Florence Pugh is confirmed to star in Netflix’s East Of Eden.

Zoe Kazan is, of course, writing and producing the project, in the footsteps of her director grandfather. East Of Eden will be Kazan’s first major TV writing credit, although she has previously penned films such as Ruby Spark and Wildlife.

She is also set to star in She Said, the epic new movie based on the Harvey Weinstein scandal. In it, she’s playing Jodi Kantor alongside Carey Mulligan, one of the New York Times reporters who broke the Weinstein sexual assault allegations story, which ultimately led to his downfall and helped spark the #MeToo and #TimesUp movements.

Zoe Kazan will be writing and executive producing Netflix’s East Of Eden.

What has been said about East Of Eden?

Speaking about the series, Kazan said: “I fell in love with East Of Eden when I first read it, in my teens. Since then, adapting Steinbeck’s novel – the great, sprawling, three-generational entirety of it – has been my dream. More than anything, I have wanted to give full expression to the novel’s astonishing, singular antiheroine, Cathy Ames.

“Florence Pugh is our dream Cathy; I can’t imagine a more thrilling actor to bring this character to life. Writing this limited series over the last two years has been the creative highpoint of my life. I hope that with our partners at Netflix, Anonymous Content, and Endeavor Content, we can do justice to this material – and shed new light on it for a 21st century audience.”

When and where will East Of Eden be available to watch?

With further casting announcements yet to be made, we can imagine that filming won’t be underway for a while. We’ll be sure to keep you updated as soon as we know more about the series so watch this space.