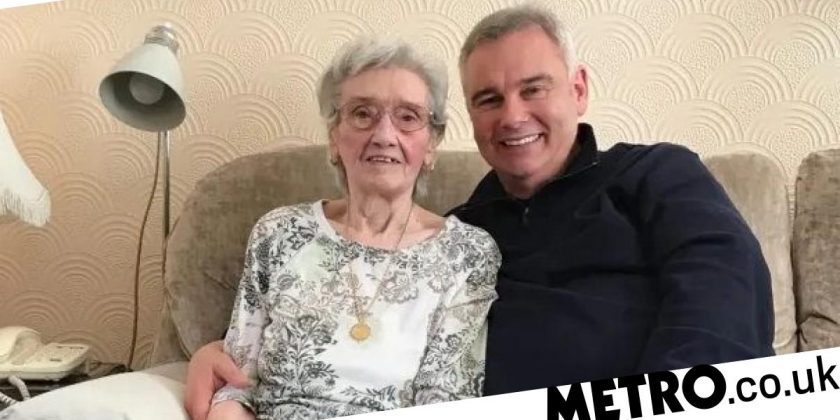 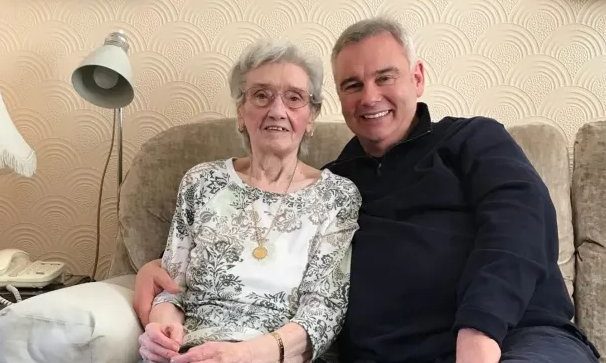 Eamonn Holmes’ mother Josie Holmes’ funeral took place on Tuesday morning in Belfast, with the broadcaster unable to attend in person due to health reasons, it’s been reported.

Mrs Holmes’ death at the age of 93 was announced on Friday by the former This Morning presenter, 62, on social media.

Eamonn lost his father Leonard in 1991, and said his mother had been ‘reunited’ with him in his post, which he called the family’s ‘only consolation’.

He and his four brothers had been able to say goodbye to her before she died on Friday afternoon.

Mrs Holmes’ funeral mass was held at St Patrick’s Church in Belfast and attended by friends and family.

Broadcaster Eamonn, who recently suffered a fall while recovering from major back surgery, spoke virtually to the congregation, saying: ‘My name is Eamonn and I am the second son – my other brothers being Emmett, Connor and Leonard Holmes – of Josie.

‘They are all here today and I love and respect them so much for what they constantly do for mum.’

‘Unfortunately, I can only be here virtually but I am watching it on the television,’ he added, according to The Belfast Telegraph.

Eamonn also said that his mother had given him her ‘blessing and understanding’ for his decision not to attend the funeral in person, even cracking a joke.

‘A few weeks ago she said to me she didn’t want me at her funeral anyway,’ he recalled.

‘That is what she said… “Because you would just turn out to be the the fella in the big picture — it would all be about you.”‘

Other guests at the service included UTV broadcasters Paul Clark and Julian Simmons, as well as actor John Linehan, who is best known for his pantomime dame character May McFettridge.

On Tuesday morning, Eamonn shared a photo of himself with his mother, sitting on the sofa together smiling, as he thanked his fan and friends for their kind messages.

‘To all of you who cared and sent so many messages of condolences 🙏🏻 re My Mum,’ he wrote. ‘I am genuinely humbled and overwhelmed. U have been a great comfort.’

‘We lay her to rest this morning. Thank you,’ he finished.

Emmerdale star Lisa Jane Riley commented underneath: ‘Dearest Eamon…. nothing alive is like a love from your mother. May she sleep well in heaven – being your never-ending light. Love to you and Ruth and all the family.’

Radio presenter and This Morning contributor Vanessa Feltz added: ‘You are both in my heart.’

In his post on Friday, Eammon had shared: ‘We loved and will miss her so much. Every time I visited her she came to the door to bless me with Holy Water and Wave goodbye.

The photo he chose showed his beloved mother Josie just as he had described: standing at her door, waving him off safely.