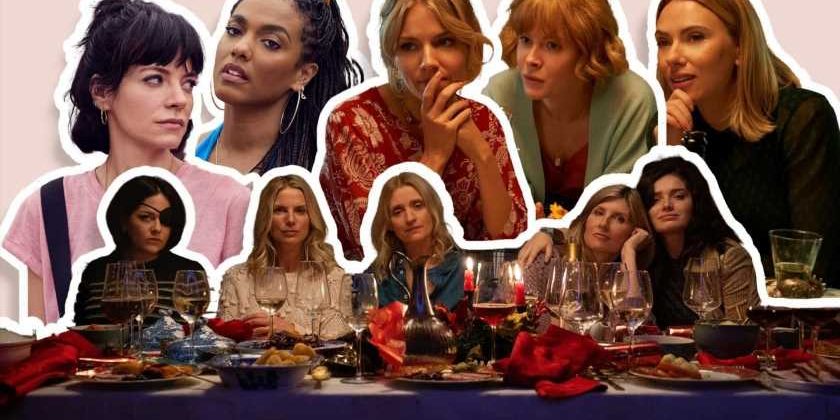 A slew of new dark comedies and dramas will tackle the bond, or not, between sisters. Things might get uncomfortable…

If you’ve got a sister, you’ll probably know that while often they can be the greatest relationship of your life, sometimes, or perhaps frequently, that relationship can also be messy, difficult and changeable. And three big new releases are set to explore those sibling relationships in technicolour – all with women at the helm too.

First is Bad Sisters created by TV stalwart and Bafta and Emmy-award-winning Sharon Horgan. The wild-looking new ten-part series is released on Apple TV+ on August 19 and centres on the close-knit Garvey sisters. When the sisters’ brother-in-law is killed, insurers turn up on their doorstep, suspicious that he’s been murdered – and it turns out that all of the sisters had reason to bring him down.

Horgan has lined up an all-star cast for the drama, that includes Anne-Marie Duff (Suffragette, The Salisbury Poisonings), Eva Birthistle (Brooklyn, The Last Kingdom), Sarah Greene (Normal People, Dublin Murders) and Eve Hewson (Behind her Eyes, The Luminaries) as well as Claes Bang (The Square, The Northman).

On her Instagram, Horgan expressed her own fear about releasing her baby into the world saying: “Here’s the trailer for Bad Sisters. I’m sweating. So nerve wracking showing something new. But I love this and hope you’ll love it too. I need the toilet.”

You can judge for yourself here…

Next, iconic actor Kristin Scott Thomas (Four Weddings and a Funeral, Fleabag) is about to make her directorial debut with My Mother’s Wedding. The film which is in production has an impressive trio of stars as three siblings who return home for the third marriage of their mum Diana (played by Scott Thomas herself).

Scarlett Johansson (Marriage Story, Under The Skin) plays a Royal Navy captain, Emily Beecham (Little Joe, Cruella) is a palliative nurse, while Sienna Miller (Anatomy of a Scandal, American Woman) is, rather aptly, a Hollywood star, the three, who come from very different worlds are forced to explore past pains as well as celebrate the new union of their twice-widowed mother. Freida Pinto (Slumdog Millionaire, Mr Malcom’s List) and Sindhu Vee (Sex Education, Matilda) round out the cast.

Scott Thomas has spoken of her motivation for making the film, exploring this most complex of relationships saying:
“I have wanted to direct for a long time and it was thrilling to create this fictional family using my own childhood memories as a springboard.Directing and acting with such talented actresses and reuniting with Scarlett Johansson has been exhilarating.”

Freema Agyeman and Lily Allen in Dreamland on Sky

There’s one thing for it, grab the sister in your life – whether related or not – and settle in on the sofa…