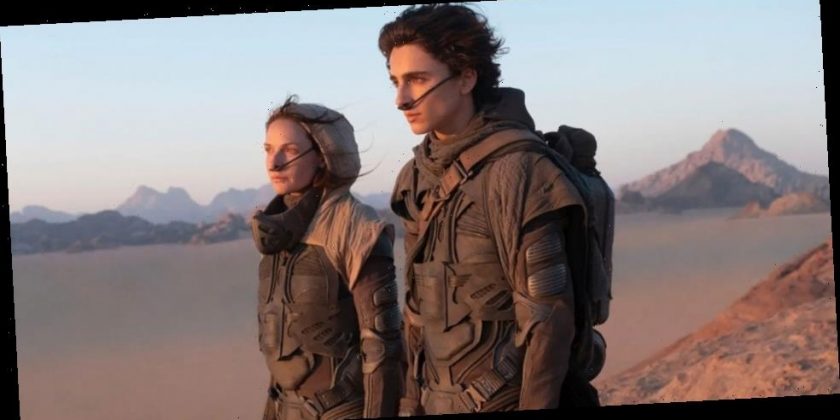 As hype builds around Denis Villeneueve’s much-anticipated Dune reboot, co-producers Warner Bros. and Legendary Entertainment were apparently forced to make a tough call, Collider reports. The sci-fi epic has now been pushed back until autumn of 2021 as a response to the coronavirus pandemic’s recent surges in America.

Originally scheduled to premiere on December 18, Dune may have been delayed so as to lend weight to the Christmas Day release of Warner Bros.’s Wonder Woman 1984. Collider cites an inside source who claims that Warner Bros. was confident that the market could support multiple tentpole films during the winter months, but elected to push back Dune over fears that Americans would be hesitant to return to theaters amidst the ongoing pandemic.

Director Villeneuve is allegedly in support of the delay, which is apparently unrelated to the rumors of crunch swirling around the film’s production. Instead, the call was put out to ensure maximum success for the Timothée Chalamet-starring film, which is now set to debut on October 1, 2021, the same day as Robert Pattinson’s delayed The Batman.

The ongoing epidemic has yielded delayed launches for a raft of heavy-hitting titles, including Black Widow, Candyman and Top Gun: Maverick, which are now all scheduled to hit theaters, or at least streaming services, in 2021.
Source: Read Full Article