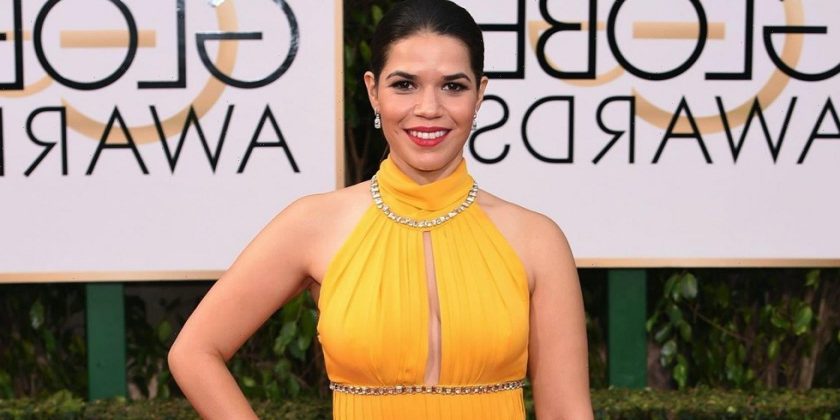 Upcoming movie Dumb Money is as interesting off-screen as it’s set to be on-screen – and it’s shaping up to have one hell of a star-studded cast.

Upcoming Sony and Black Bear’s new comedy-drama Dumb Money has announced its cast list and it is epic.

Ugly Betty and Superstore star America Ferrara will be joining the likes of Seth Rogan, Shailene Woodley and Pete Davidson in the forthcoming dramatisation of Ben Mezrich’s book The Antisocial Network.

But arguably the film’s biggest draw is the real-life story it’s based on. Read on to find out more …

What is the plot of Dumb Money?

The film centres around a real-life stock market fairytale from January 2021 that’s been labelled a modern-day David and Goliath story. A group of loosely associated investors and internet trolls clubbed together on the WallStreetBets subreddit and played Wall Street at its own game. Essentially, they broke the stock exchange by causing the stocks in GameStop, a crumbling tech company, to skyrocket.

This led to a host of taking-on-Wall-Street-type memes and an internet phenomenon was born.

Who will star in Dumb Money?

It will be directed by Craig Gillespie (I Tonya, Cruella) and will be written by Orange Is The New Black’s Rebecca Angelo and Lauren Schuker, so it looks set to be a real treat.

The Last Letter From Your Lover: Felicity Jones and Shailene Woodley to star in Jojo Moyes romantic drama

Is the film based on a true story?

Well, the short answer is yes. Over 4 million people are members of the WallStreetBets subreddit, and when many of them swapped tips and bought shares in the struggling GameStop, its share price soared, leading to trading platforms restricting trading on their shares, to much anger. Some Wall Street commentators remarked it was “like nothing [they’ve] ever seen”.

But don’t worry if you can’t quite follow the maths, as the film is sure to be an uplifting and quirky take on the average person’s takedown of the financial markets – possibly as payback for the financial crash of 2008.

Netflix’s Orgasm Inc – The Story Of OneTaste: the new trailer for this documentary is a wild and insightful ride

When and where will Dumb Money be available to watch?

The film’s release date is yet to be announced, but it’s expected to hit screens nationwide when it finally does land. Watch this space for updates.