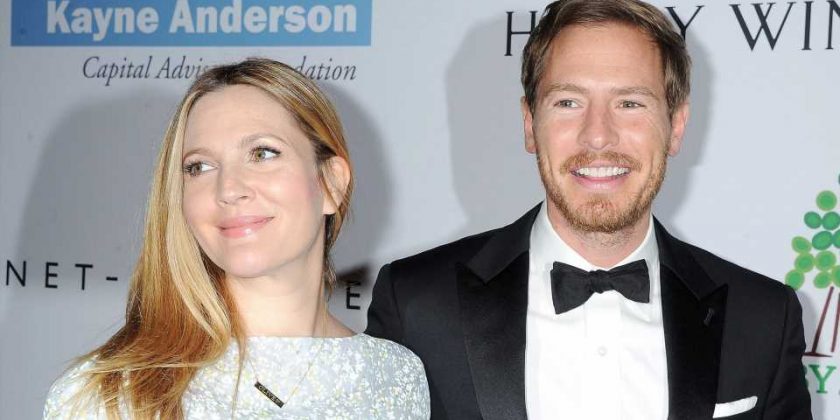 Divorce is always hard — and when kids are involved, it’s a hundred times harder. Peaceful co-parenting requires lots of work, time, and patience: and it seems like Drew Barrymore has all three in spades. On Thursday, Barrymore’s ex Will Kopelman posted to Instagram, sharing a photo of he and Barrymore snuggling up to their five-year-old daughter Frankie. Beyond being completely adorable, the post is further evidence that Barrymore and Kopelman are nailing this whole co-parenting thing — and making it look way too easy.

The picture posted by Kopelman is simply captioned “Graduate:” a closer look at the photo shows daughter Frankie clutching a certificate that reads “You have successfully completed Group 6!” Barrymore shares another daughter with 40-year-old Koperman: Olive, age 6. The couple divorced fairly recently, announcing their separation after four years of marriage in the spring of 2016 and finalizing it later that summer.

A few months after finalizing her divorce, the Charlie’s Angels star spoke to Entertainment Tonight about how she makes co-parenting work. Her major takeaway? “Constant plans,” she says. “We, as a family, have three dates for this Halloween.” But Barrymore doesn’t stop at ensuring she and Kopelman are on good terms — she wants to keep the whole extended family together too. She shares an anecdote about an email she received from her mother-in-law earlier that day, confirming Barrymore’s availability for an upcoming birthday celebration. “We’re going to do it on the 14th,” the email read. “Can you make that date because it’s not the same without you? I have to make sure that date works for you.” Barrymore feels touched to have her children’s grandmother so closely in their lives, and says the “love and acceptance” she feels “means the world” to her.

Her final words of advice? “Just be a family.” That has “many different definitions in this day and age,” she notes. So, if things don’t go according to plan, you make a new plan (lots of them), and do what you can to make that family work.