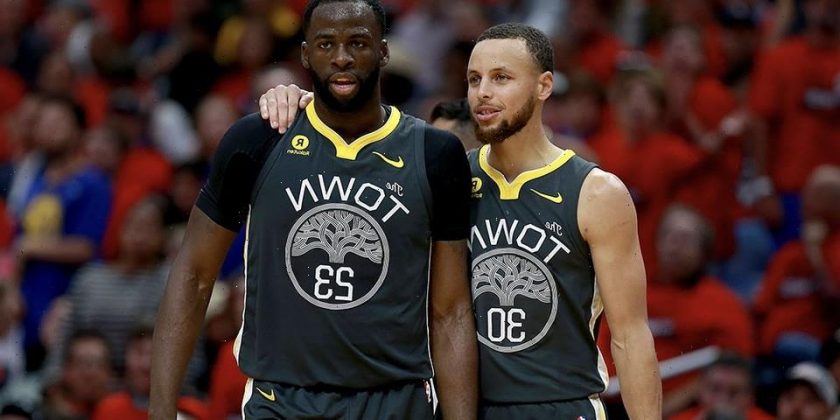 For nearly a decade, Draymond Green and Steph Curry have shared many memorable NBA moments playing together on the Golden State Warriors.

Green recently spoke to FOX Sports‘ Melissa Rohlin about how his relationship with Curry has grown over the years, “If there were two me’s, it might not be as loud in the locker room as it needs to be at times. And, if there were two of him, nobody would know when to shut up. It’s the perfect balance.” When it came down to discussing their bond on the court Green added,

We’re both equally as driven, we both are winners, we’re competitive. When you’re a winner, when you’re a competitor, you’re going to find a way to win. So I don’t have doubt in my mind that we would’ve found success. But I don’t think for either one of us, it would’ve been at the level that it is. I truly in my heart believe that.”

While Curry has proved that he is the greatest shooter of all-time with his recent feat surpassing Ray Allen’s record of career three-pointers, he could not have done so without the help of his teammate’s assists. In stats, Green has the most assists on Curry threes with 479. Andre Iguodala comes in second at 168 assists, Kevin Durant at 153 and Klay Thompson at 129. Curry, Green and Thompson are currently the leagues’ longest-tenured trio.