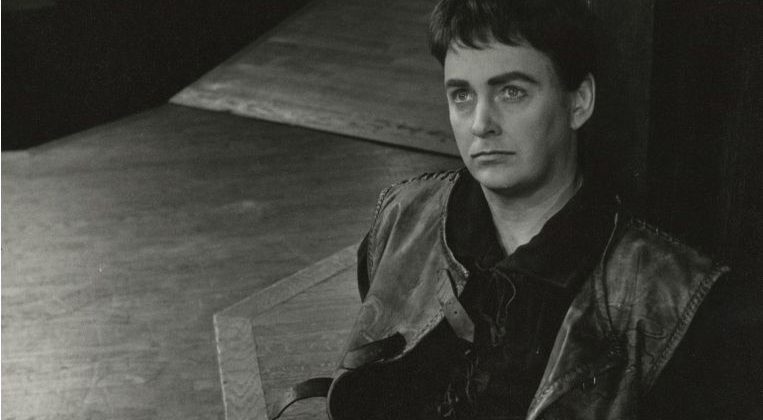 NEW YORK (WP) – It is a faceless role and the work took only 11/2 days, but actor Douglas Rain’s contribution has kept his name in orbit in movie history.

On Sunday (Nov 11), Rain, who performed for 32 seasons with the Stratford Festival in Ontario, died at age 90.

The festival’s artistic director, Mr Antoni Cimolino, said: “Douglas shared many of the same qualities as Kubrick’s iconic creation – precision, strength of steel, enigma and infinite intelligence, as well as a wicked sense of humour.

“But those of us lucky enough to have worked with Douglas soon solved his riddle and discovered that at the centre of his mystery lay warmth and humanity.”

Rain was well known to audiences at the Stratford Festival, where he appeared in its inaugural production, Richard III, in 1953.

What turned out to be, in a sense, a career-making job, came along in 1960, when Rain narrated a Canadian documentary about astronomy and space called Universe.

And when he was having trouble finding a voice that he liked for Hal 9000, the onboard computer on a spaceship carrying astronauts on a mysterious mission, he thought of the documentary’s narration.

Kubrick sought out Rain. They met at a recording studio outside London.

Rain recorded his lines in 11/2 days, with Kubrick, who died in 1999, explaining the scenes to him and giving only the sparsest of directorial notes.

Rain’s rendition of the lines (“I’m sorry, Dave. I’m afraid I can’t do that”) was dispassionate in a way that was both soothing and unsettling. His readings were cool to the point of being chilling, especially as the story moved along and Hal became malevolent.

The American Film Institute once listed the 50 greatest movie villains, and Hal came in at No. 13.

Rain appeared several times on Broadway. His performance in Vivat! Vivat Regina! in 1972 earned him a Tony Award nomination as Best Featured Actor In A Play.

He was also seen in numerous television shows and several other movies, including 2010: The Year We Made Contact (1984), a sequel to 2001 in which he reprised the role of Hal.

His was also the voice of the computer in Woody Allen’s Sleeper in 1973.