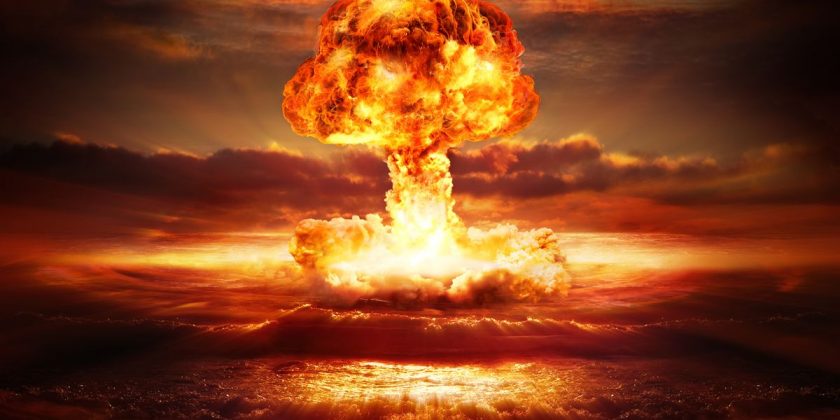 Humanity is as close as it has ever been to annihilation, according to Doomsday Clock timekeepers.

The risks of nuclear war and climate change mean the Doomsday Clock has been set at two minutes away from midnight – the point at which experts predict humanity will be wiped out.

This means the human race faces most dangerous point since the Cold War nuclear weapons threat.

Midnight on the symbolic clock represents the point of annihilation.

A team of scientists and experts set the time of the clock based on their assessment of humanity’s future.

Fourteen Nobel Laureates were among the group who made the decision to keep the clock at two minutes from midnight for the second year running.

The 2019 Doomsday Clock statement notes: “A new abnormal: It is still two minutes to midnight.

"Humanity now faces two simultaneous existential threats, either of which would be cause for extreme concern and immediate attention.

"These major threats – nuclear weapons and climate change – were exacerbated this past year by the increased use of information warfare to undermine democracy around the world, amplifying risk from these and other threats and putting the future of civilization in extraordinary danger."

And the pessimistic note continues: "The ‘new abnormal’ that we describe, and that the world now inhabits, is unsustainable and extremely dangerous."

Experts called on world leaders to do more to avert future disasters.

What is the Doomsday Clock?

The statement said: "The world security situation can be improved, if leaders seek change and citizens demand it.

"It is two minutes to midnight, but there is no reason the Doomsday Clock cannot move away from catastrophe.

"It has done so in the past, because wise leaders acted – under pressure from informed and engaged citizens around the world.”

The clock edged forward in January 2017 amid concerns about incoming US President Donald Trump.

Rachel Bronson, president and CEO of the Bulletin of the Atomic Scientists – which decides what time the Doomsday Clock should show, alongside experts from the Security Board – said: “There is nothing normal about the complex and frightening reality we are describing today.

"The Bulletin of the Atomic Scientists   Science and Security Board today sets the Doomsday Clock at 2 minutes to midnight — the closest it has ever been to apocalypse.

"Though unchanged from 2018, this setting should be taken not as a sign of stability but as a stark warning to leaders and citizens around the world.”

And former California Governor Jerry Brown said: "The longer world leaders and citizens thoughtlessly inhabit this abnormal reality, the more likely it is that we will experience the unthinkable.”