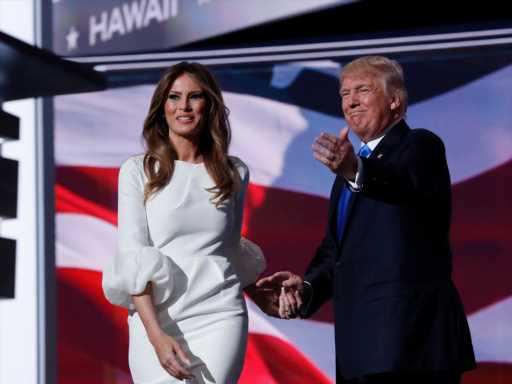 There have always been a lot of questions about Donald Trump’s marriage to Melania Trump because we often witnessed moments that looked less-than-happy during their time in the White House. Now author Michael Wolff is questioning whether the former First Lady is even living with her husband. 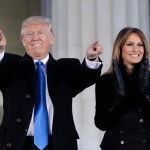 Wolff had a bird’s eye view of the couple when he interviewed them at Mar-a-Lago for his new book, Landslide: The Final Days of the Trump Presidency. He’s now offering his insight on their relationship to the Daily Mail because he believes that “nobody really knows where Melania lives.” It’s a topic that has been discussed many times, especially since Melania stayed behind in Florida after Donald had already made his move to his summer residence at Trump National Golf Club Bedminster in New Jersey. It wasn’t until early July that she was spotted in Manhattan and without Donald at her side.

Wolff confirms, “She is not with him a lot of the times. This was true when he was in the White House and it’s true now.” During the Trump administration, Melania spent the first five months of his term in New York City while Barron Trump finished out his semester in school. Once she moved into the White House, she and the former president reportedly spent “very little to no time together,” according to a Washington Post source.

That cloud of suspicion has followed their marriage around ever since and Wolff is speculating that people still have questions as to whether this is now a marriage of convenience. “People around Trump still have questions, but they don’t want to ask those questions,” he told the Daily Mail. “It remains the third rail that nobody wants to touch.” And that’s likely because Melania prefers a quieter life and doesn’t want the attention and headlines her husband constantly draws to the family.

Back in 2018, Melania’s spokesperson Stephanie Grisham said her core focus is on “being a mom” to Barron and that likely hasn’t changed any in the last three years. Her rep added, “The rest is just noise.” So it’s likely Melania will continue to lead her independent life away from Donald, and that works just fine for both of them.

Click here to see all the times Donald Trump has gone off about celebrity women’s looks.