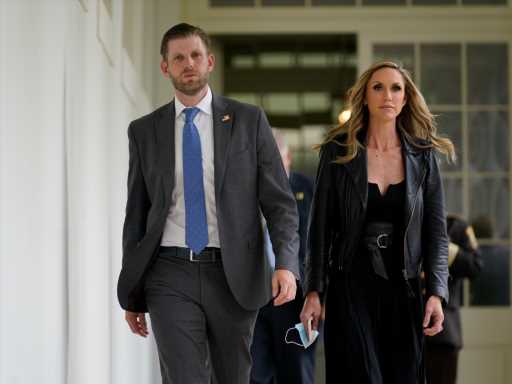 Former President Donald Trump’s penchant for hiring family members seems to be spreading to the Fox News, who today announced their newest addition to the team as an on-air correspondent: none other than Lara Trump, younger son Eric Trump’s wife and daughter-in-law to Donald himself. Lara’s name made the rounds earlier this year when she announced she was considering running for a Senate seat in her home state of North Carolina, but her appointment to the Fox “family” likely means she’s no longer planning on a campaign — at least not in the near future. 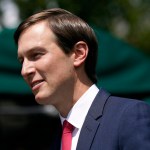 As The Hollywood Reporter explains, Fox News typically cuts ties with potential candidates in the months leading up to their run, citing recent example Sarah Huckabee Sanders who left the team to run for governor of Arkansas. Instead, Lara joining the team now indicates that the Trump family may be continuing to focus on how the reach the public outside of government roles, with Ivanka Trump also having announced she won’t challenge Marco Rubio’s Florida Senate seat.

Lara is also known for her role on Donald Trump’s presidential campaign, on which she was a senior adviser. Fox has previously hired Trump administration officials like former economic adviser Larry Kudlow and former press secretary Kayleigh McEnany, and Lara’s addition to the team confirms they’re still taking the Trump seal of approval seriously. For Fox, the Trump name is more or less a voucher for their viewers confirming the views spoken are Trump-approved — which, especially as Donald sows further division between his own values and those of the Republican Party, is increasingly important for some of his fans.

For Donald Trump, Lara’s appointment to Fox News and the talking points she’s likely to cover offers yet another outlet for him to get his thoughts to the American people, thoughts for which his daughter-in-law has signaled her full support throughout her public career. While Donald still may not be able to tweet, he’s being offered more microphones than ever from which to spread his message.