When Donald Trump was in the White House, many pundits didn’t understand why his daughter, Ivanka Trump, and her husband, Jared Kushner, were senior advisers when they had zero political experience. It’s now sounding like there were days when even the former president didn’t want them in Washington, D.C., according to an upcoming book, Confidence Man: The Making of Donald Trump and the Breaking of America
, by New York Times journalist Maggie Haberman.

Haberman is claiming, via People, that the duo was on the chopping block more than once during their tenure, and Donald Trump even suggested firing them via his favorite social media platform at the time, Twitter. While that never actually happened as Ivanka and Kushner both served out four years in the Trump administration, it echoes other books that also shared that the relationship between the former president and his daughter and son-in-law was often strained.

Vicky Ward, author of Kushner, Inc
, also noted in her 2019 book that Donald Trump told his former chief of staff John Kelly, “Get rid of my kids; get them back to New York.” This sentiment was also shared in the Washington Post because he thought that Ivanka and Kushner were “a target for negative media attention” and distracted from his administration.

Kushner even noted his rocky relations with his father-in-law going back to his dating days with Ivanka when Donald Trump told him that NFL star Tom Brady was trying to court his daughter. He could never win with him because there was always going to be someone more famous for Ivanka to marry. While the couple has done their best to severe ties with Donald Trump’s 2024 political plans, it’s hard to completely extricate themselves from their time in Washington, D.C because the media won’t let them forget.

Before you go, click here to see which presidential privileges Donald Trump lost after January 6. 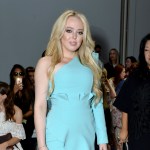