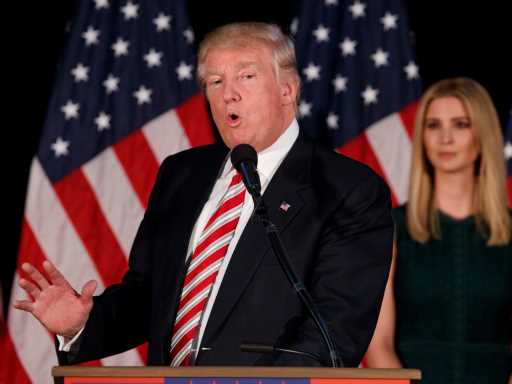 While many Republican politicians and voters may still support Donald Trump, the former President is now seeking to distance himself from the party, sending out a specific request that donors stop giving to traditional GOP fundraising sites like the Republican National Committee (RNP), instead donating to his personal Save America PAC. But as former Federal Election Commission attorney Adav Noti points out, this isn’t as simple as Trump trying to start a fund for his own political party. The donations that he’s requesting are going into a fund that is exempt from bans on personal use of campaign money, meaning Trump can use those donations to pay off personal debts, which are estimated by Vanity Fair to be around $400 million, or to further enrich his family, such as by paying daughter Ivanka Trump and Jared Kushner’s (substantial, I’m sure) consulting fees.

Of course, that’s not how Donald presented his desired change in cashflow when he put out a statement Monday asking for an end to traditional Republican fundraising.

“No more money for RINOS,” Donald said, referring to “Republicans in name only,” a newly coined term. “They do nothing but hurt the Republican Party and our great voting base — they will never lead us to Greatness. Send your donation to Save America PAC at DonaldJTrump.com. We will bring it all back stronger than ever before!”

When it comes to the Trump family, “no personal use restriction” should ring some major alarm bells.