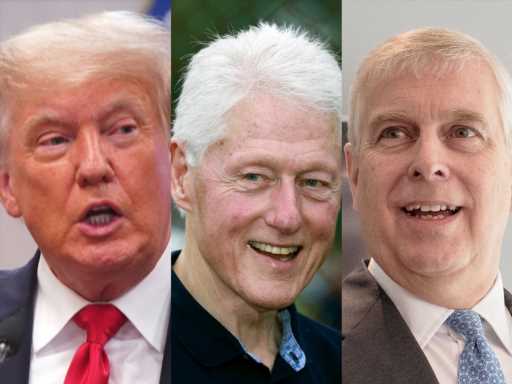 The Ghislaine Maxwell trial is off to a roaring start as the second day in the courtroom brought about a mention of some big names: Donald Trump, Bill Clinton and Prince Andrew. None of these names was a surprise to anyone following the Jeffrey Epstein case over the past few years, but the late convicted pedophile’s former pilot Lawrence Paul Visoski Jr. confirmed on the stand that he flew all three men on the financier’s private plane.

While Trump and Clinton don’t have any civil cases against them tied to Epstein, Prince Andrew has a civil case against him from Virginia Roberts Giuffre, who claims the royal raped her three times between the years of 1999 and 2002, including while she was underage. That trial won’t begin until Fall 2022, but for now, all three men will have to deal with their name brought up as a part of a very dark story.

Trump will have to find a way to explain how he wound up on Epstein’s plane “more than once,” according to the pilot, who couldn’t remember if any other Trump family member was with him, but added, “I certainly remember President Trump,” per the Daily Mail. He verified Clinton and Prince Andrew’s presence on some of those flights, but also mentioned that he “never saw any sexual activity” at any time with Epstein’s guests — of course, he was also flying the plane at the time and had other things to focus on.

Visoski Jr. also mentioned other well-known public figures whose names were on the flight logs, including actors Kevin Spacey and Chris Tucker, violinist Itzhak Perlman and former Senators George Mitchell and John Glenn. With this only being the second day of Maxwell’s trial, more shocking elements are likely to be unearthed as she faces charges related to the sex trafficking of minors that could carry up to a life sentence behind bars. It’s only one small part of finding justice for all of the survivors in the Epstein case.