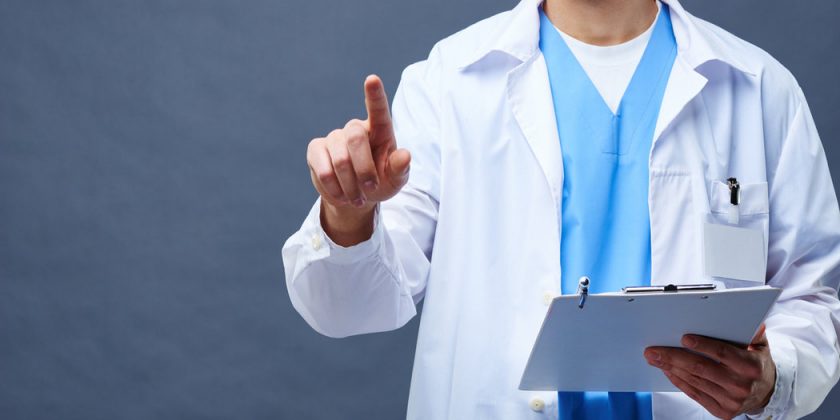 Doctors give a lot of very good advice. Over the years, my primary care doctors have suggested better eating habits, more exercise, improved sleep hygiene, not carrying such a heavy shoulder bag, even exercises to improve my posture. The problem is, I am not sure I have ever made any changes in my behavior as a direct result.

That would not come as a surprise to Ken Resnicow, a professor at the University of Michigan School of Public Health. “Finger-wagging doesn’t work,” he said.

“There’s excellent data directive advice doesn’t work, when you use what we call the language of control: you must, you should, you have to,” he said. And usually, “when a doctor uses any of those approaches, both parents and children respond aversely.”

So what does that say about all the good advice I give parents in my own exam room moments? Is it actually realistic to expect that complicated behaviors like eating and sleeping are changing, patterns which reflect family habits and cultural practices and emotions and social relationships?

Some doctors use an alternative approach called motivational interviewing, which trains doctors to discuss the changes that might help people be healthier, while emphasizing respect for the patient’s volition and autonomy.

“We work with patients till they feel they want to do it on their own terms,” Dr. Resnicow said. “Both parents and children do better when they are given volition — to parents, we talk about ‘you provide, they decide.’”

Motivational interviewing was developed for adults who had substance use problems, and then spread to other clinical situations in adult medicine, said Melissa A. Faith, a child clinical psychologist at Johns Hopkins All Children’s Hospital, who has trained many clinicians in using the approach. It was successfully tried with adolescents, she said, and has now been shown to be effective with children as young as second or third grade, especially around food habits and physical activity.

There is particularly strong evidence that this approach works for helping overweight children, Dr. Resnicow said. In one randomized trial funded by the National Institutes of Health, overweight children from 42 different pediatric practices whose parents received motivational interviewing counseling from their primary care provider as well as a registered dietitian reduced their body mass index by 4.9 percentile points over two years compared to children receiving usual care, who dropped by 1.8 percentile points.

In motivational interviewing, the steps involve exploring, guiding and choosing, rather than directing. The first thing you do is ask permission, said Dr. Richard “Mort” Wasserman, a professor of pediatrics at the Larner College of Medicine at the University of Vermont. “Would it be O.K. if we talked about Jennifer’s weight?” If the parent says no, “you use some silence and say, you don’t really feel like talking about Jennifer’s weight today.”

Often parents will be angry or upset around the topic, he said. “When you have a parent whose child is overweight or obese, it’s not like you’re the first person who ever brought this up.”

To apply the technique with an overweight child, Dr. Resnicow said, you might ask that child to tell you all the reasons working against making changes — which foods do you like, which foods do you hate — and then think about possible small changes and realistic goals.

The clinician then practices what is called reflective listening, responding to what the patient explains, restating what you’ve heard. With a parent, Dr. Faith said, you might explore the core values of how that parent wants to behave and care for the child. There should be no conflict, she said, and “no confronting whatsoever.” Instead, providers are trained to use different types of reflections to help patients think more deeply about what they value and what they want. And ultimately, the doctor and the patient create change plans for the patient to take home.

Dr. Wasserman said that he had found it liberating to realize, “it wasn’t my job as a physician to change anybody’s behavior.” Using this technique, he said, gives the clinician a different and even more challenging job: “Create the circumstances to allow people — and for pediatricians that’s usually parents — to reflect on the discrepancy between what their values are and what they’re doing.”

For example, Dr. Faith said, the mother of a toddler might be feeding the child juice and sweetened cereals. “Culturally, she feels like feeding is part of mothering and the way you’re a good mother is give your child food.” The conversation could start with that underlying parenting value: “I want to be the best mom I can be.”

If a child doesn’t seem to be taking his daily asthma medication, Dr. Wasserman said, “you can say, I notice that you haven’t refilled this medicine — the controller medicine — and Billy’s been in now for three episodes of wheezing. What’s going on here? Would it be O.K. if we talked about that — that’s the asking permission part.” And then perhaps you might hear from the parent that “steroid” — the asthma medication — is a scary word, that the parent associates it with performance enhancing drugs that get athletes into trouble.

This isn’t an easy skill to learn, Dr. Faith said, and it can take an organizational shift to support the training and get providers on board. Online modules are not as effective, she said. “You need individual feedback from an instructor.” But having mastered the skill, clinicians who start using it may experience less burnout. “The providers tend to feel they are making a difference in patients’ lives,” she said.

With motivational interviewing, patients tend to rate their providers as more empathic and as better listeners, she said, and are less likely to miss appointments and, most important, more likely to make changes. Even if individual conversations take a little longer, the ultimate effect on the clinic is beneficial. “You actually improve clinic flow, people are not crowding the schedule with things they could have made changes at home to prevent,” she said.

Patients are more likely to make changes because those changes are really based on their own values and goals.

“The more the physician talks, the worse she does, the more the parent talks, the better she’s doing,” Dr. Wasserman said. “Empathy is the core of motivational interviewing, to recognize what it might be like in the parent’s situation and allow the parent to express it.”