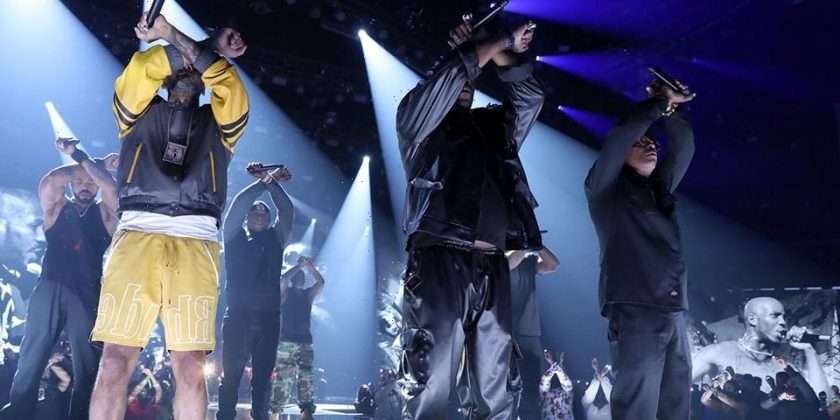 The legacy of DMX was honored at the 2021 BET Awards with a medley of his greatest hits.

The five-minute performance, handled by Swizz Beatz, saw Method Man deliver an a capella version of “Get At Me Dog” followed by Westside Gunn, Conway The Machine and Benny The Butcher performing their X collaboration “Hood Blues,” Michael K. Williams performing “Slippin” and, finally, Busta Rhymes, Jadakiss, The LOX and Ruff Ryders doing “The Hood At?,” “Ruff Ryders Anthem” and “Party Up.” The group then bowed their hands in silence as DMX’s “Prayer IV” played over with a live violin accompaniment.

In a previous interview, Swizz Beatz, a close friend of X’s, said, “You see a lot of tributes and you can almost predict [what’s going to happen],” he said. “This time we wanted to do something a little different. We wanted to add some curation and [include] different types of artistry. Everybody that’s coming on stage, X had a serious respect for them.”

Watch the full performance above.

Elsewhere in music, Tyler, the Creator and Doja Cat are projected to debut atop the Billboard 200.
Source: Read Full Article