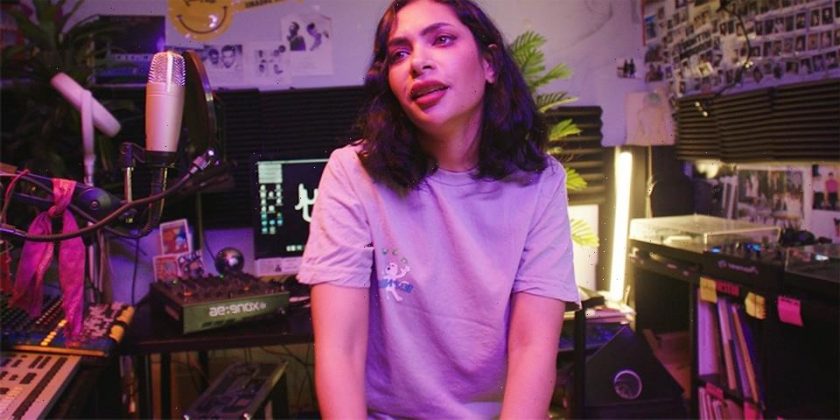 On this episode of HYPEBEAST Diaries, we explore Saudi Arabia’s burgeoning music scene through the lens of DJ and producer Cosmicat of MDLBEAST Records.

Her name is derived from two passions: “I love astronomy. I love cats,” she continues. “They give me really good energy. They walk all over my desktop and could accidentally hit a cool key.” During her formative years, she found an escape through music, and lyrics became her voice for the times when she felt she didn’t have the words to articulate. “Growing up, when I had nothing or no one to talk to and express [myself], I’d turn to my cassette tapes,” she explains.

Prior to the transformation of electronic music from an underground scene to being widely accepted publicly, she says, “There was no art school in Saudi. If you wanted to become a musician, it was a dead end. Everyone was doing their thing underground.” But as Saudi Arabia began to undergo a cultural shift and tastemakers started to flourish, Cosmicat found her calling through a local producer, “One day I got a call from Vinyl Mode and he said ‘Yo, we gotta get you on Saudi radio’” she continues. “That’s when things got serious.”

Cosmicat didn’t take the typical route of a performer. A formally qualified dentist, her free, or not-so-free, time was spent working on her talent. “I [had] just graduated dental school. I started looking up DJ [equipment] and started practicing. A lot of that happened in between patients, during office hours, and it became my entire life.”

Being one of the first female artists to come out of Saudi Arabia, Cosmicat didn’t pull the ladder up behind her, instead, she carved a lane of inspiration for emerging talent. “I’m proud to see more ladies [in] music more than ever here in Saudi.” Maintaining a tight network of creatives to share this transformative milestone in the country’s history is something she has always longed for. “We all come from the same place of loving music so passionately, to see that it’s possible in my country and my friends are doing [it too] makes me so proud.”

Having performed at renowned global festivals such as Tomorrowland, Hypebeast followed Cosmicat as she gears up to hit the MDLBEAST stage of AlUla right in her home country. This, for her and her peers, is a major moment in their journey, being able to perform locally as well as receiving the spotlight to thrive. “We had the talent, we just needed an official platform to show the world what we can do.” This celebration is not only for her, but the next generation that she hopes to inspire, “I want to reach out to every kid that feels outcasted. That is different. That isn’t heard. I want them to feel heard because I needed that when I was younger.”

Check out the full episode in the video above. To find out more information on the upcoming MDLBEAST/Soundstorm festival in December, visit the website.
Source: Read Full Article