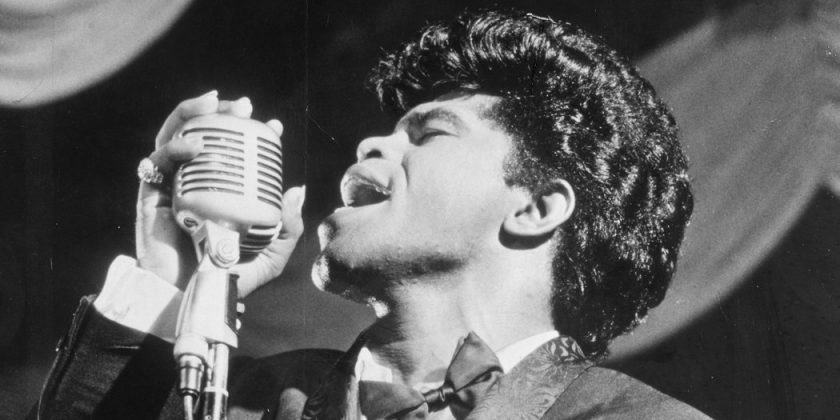 For nearly 15 years, James Brown’s estate has been one of the most contentious legal cases in the entertainment industry, involving volleys of lawsuits among his children, his former romantic partner and its various administrators.

Among the collateral damage as the litigation dragged on — in state and federal courts in both South Carolina and California — was a delay in implementing a charitable plan so dear to Mr. Brown that he made it the centerpiece of his will: the distribution of millions of dollars in scholarships for underprivileged children.

A settlement reached last Friday, after two months of “lengthy mediation discussions,” according to a statement from Mr. Brown’s children and the estate’s administrator, Russell L. Bauknight, will resolve most of the outstanding litigation. The agreement also opens the door to “fulfill Mr. Brown’s noble estate plan to fund scholarships,” the statement said.

Marc Toberoff, a lawyer for nine of Mr. Brown’s heirs — five children, the estate of another child and three grandchildren — said only, “The matter has been settled.” Neither Mr. Toberoff, Mr. Bauknight nor any others involved in the settlement negotiations would disclose further details about it.

“If resolution has been reached, after 14 and a half years, I wonder if that’s some sort of record,” said Albert H. Dallas, known as Buddy, a former lawyer for Mr. Brown who has served as an executor of his estate but was not a party to the settlement.

Mr. Brown, the iconic funk and soul singer behind classics like “I Got You (I Feel Good)” and “Papa’s Got a Brand New Bag,” died on Christmas Day in 2006, at age 73. Almost from the beginning, much about his estate has been disputed, including its value.

Mr. Bauknight, the administrator, has put it at $4.7 million. But other estimates have ranged as high as $100 million — not counting hundreds of Mr. Brown’s songwriting copyrights, which are not part of the estate.

In his will, from 2000, Mr. Brown left the bulk of his assets to a trust to provide scholarships to poor children in South Carolina and Georgia. He largely excluded his own family from the inheritance, aside from bequeathing his costumes and personal effects to some of his children and providing $2 million to underwrite scholarships for his grandchildren.

He also left nothing to Tommie Rae Hynie, a former backup singer whose relationship with Mr. Brown complicated her status as a potential heir. He married Ms. Hynie in 2001, though he later began annulment proceedings — yet did not complete them — after he learned that Ms. Hynie was still married to another man at the time that Mr. Brown wedded her.

Ms. Hynie nonetheless became a key player in Mr. Brown’s estate negotiations, participating in a deal with his children and grandchildren to work around his will and financially benefit herself and the other heirs. She acted as Mr. Brown’s widow — among other things, striking copyright deals worth millions of dollars — until the Supreme Court of South Carolina last year ruled that she was never the singer’s legal spouse.

Over more than a decade of “relentless litigation,” as a South Carolina court once put it, the fights among Ms. Hynie and Mr. Brown’s family have involved not just jockeying for control of the estate, but accusations of conspiracy and “illegal back-room agreements” to deprive Mr. Brown’s children and grandchildren of their share of his copyrights, as those heirs alleged in a federal lawsuit in 2018.

While the terms of the settlement are secret, Mr. Brown’s children and grandchildren were known to be seeking a share of the proceeds that would come from control over Mr. Brown’s songwriting copyrights.

Like most songwriters, Mr. Brown signed deals that transferred ownership of his compositions — some 900 songs — to various music publishers in exchange for fees. But federal law gives composers, or their heirs, the right to “terminate” those transfers decades after their initial deals, and regain full ownership.

Mr. Brown’s termination rights are worth “tens of millions of dollars,” estate lawyers said in court documents in 2017. With full control over the songs, Mr. Brown’s heirs would stand to benefit from music streaming, radio play and the licensing of songs for movies and TV commercials.

Most valuable of all, Mr. Brown’s songs could be sold anew to publishers or investors. In recent years, catalogs of top songwriters have been traded for staggering sums. Bob Dylan, for example, sold his trove of around 600 songs to Universal Music for a price estimated at more than $300 million.

Ms. Hynie has already received income associated with selling back copyrights to songs when their ownership became eligible for reversion. In 2015, well before her status as Mr. Brown’s spouse was struck down by the court, she exercised termination rights for five of Mr. Brown’s songs; she and her son, James Brown II, then sold them back to Mr. Brown’s primary music publisher, Warner Chappell, for $1.875 million, according to court papers. Ms. Hynie has testified that she spent much of the proceeds from that deal on “debts for living.”

Dylan Malagrinò, an associate professor at the Charleston School of Law in South Carolina, said that, as part of the settlement, Mr. Brown’s children and grandchildren may have tried to get back some of the money that Ms. Hynie made from Warner Chappell. Since the South Carolina court ruled she was not a legal spouse, Mr. Malagrinò said, she may well have not had the right to exercise the termination rights needed to enter into that deal. A representative for Warner Chappell declined to comment.

Despite losing her status as a spousal heir, Ms. Hynie could still retain a connection to the estate through her son, James Brown II, who the rest of the children and grandchildren have recognized and allowed to be part of the settlement — potentially giving him access to income earned as a result of reclaimed copyrights.

The estate, and its beneficiaries, do not automatically benefit from any terminated copyrights. They will have to rely on Mr. Brown’s children deciding to give some of the money they receive to fund the trust and pay the scholarships for the underprivileged children, as per the terms of Mr. Brown’s will.

Mr. Malagrinò predicts the estate will quickly move to do this, in part to begin building a positive public-relations image after so many years of acrimony.

With a settlement that now has resolved most of the major litigation connected to the estate — only a dispute with one of its former administrators remains — Mr. Brown’s estate is likely to end up as a unified entity, like those of other music superstars Ray Charles, Jimi Hendrix and Prince, all of which endured years of litigation and conflict.

“Chances are,” Mr. Malagrinò said, “they will speak in one voice: ‘This is the way we go forward.’”