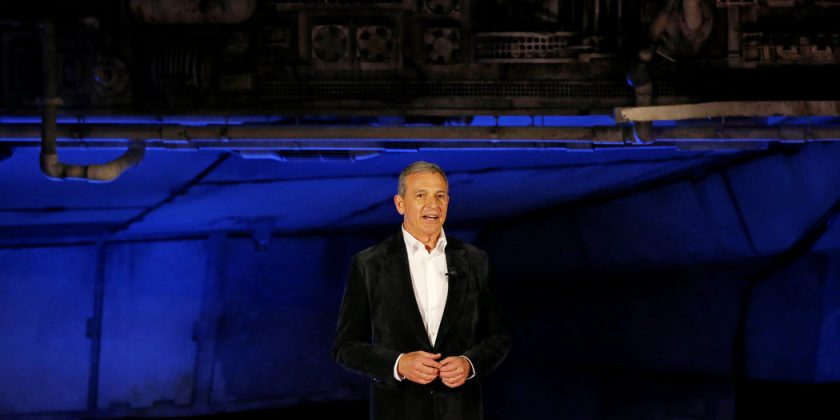 Disney’s chief executive, Bob Iger, said on Wednesday it would be “very difficult” for the company to continue filming in Georgia if the state’s highly restrictive abortion law is carried out.

Iger’s comments, made during in an interview with Reuters, were the strongest sign yet that Hollywood could pull back from Georgia, which has lured television and film producers with generous tax breaks, but has also at times repelled the industry with its politics.

“I rather doubt we will” continue filming in the state, Iger said. “I think many people who work for us will not want to work there, and we will have to heed their wishes in that regard. Right now we are watching it very carefully.

“I don’t see how it’s practical for us to continue to shoot there” if the law is enforced, he said.

A spokeswoman for Disney confirmed the report.

The law, signed by Gov. Brian Kemp on May 7, effectively bans abortion after six weeks of pregnancy, a time when doctors can usually start detecting a fetal heartbeat. Some women are unaware they are pregnant at that stage.

The law is expected to be challenged in the courts before it is put into effect. Anti-abortion activists hope it could lead to the Supreme Court re-evaluating its 1973 Roe v. Wade ruling that legalized abortion nationwide.

Dozens of celebrities have vowed to boycott the state, while others have said they would stay put but donate earnings to groups fighting the new law. Some productions, including the coming series “The Power” and a Kristen Wiig movie, have canceled their plans to shoot in the state.

But the major studios are just beginning to weigh in. On Monday, Ted Sarandos, the chief content officer at Netflix, said the company would “rethink our entire investment in Georgia” if the law went into effect.

“We have many women working on productions in Georgia, whose rights, along with millions of others, will be severely restricted by this law,” Sarandos said. “It’s why we will work with the A.C.L.U. and others to fight it in court. Given the legislation has not yet been implemented, we’ll continue to film there — while also supporting partners and artists who choose not to.”

In 2016, several major studios, including Disney, threatened to boycott the state if it enacted a bill that would strengthen protections for opponents of same-sex marriage, a proposal many in Hollywood saw as anti-gay. The bill passed the state legislature but the Republican governor at the time, Nathan Deal, vetoed the bill, averting what various businesses said could have been an exodus from the state.

Georgia has become a major filming destination in the last decade, bringing an estimated 92,000 jobs to the state and $2.7 billion in revenue. The state allows productions to claim a 20 percent tax credit as well as an additional 10 percent for using the state’s peach logo in its closing credits.

Disney has shot several blockbusters in the state, including “Black Panther” and “Captain America: Civil War.” Netlfix’s productions in the state have included “Stranger Things” and “Ozark.”