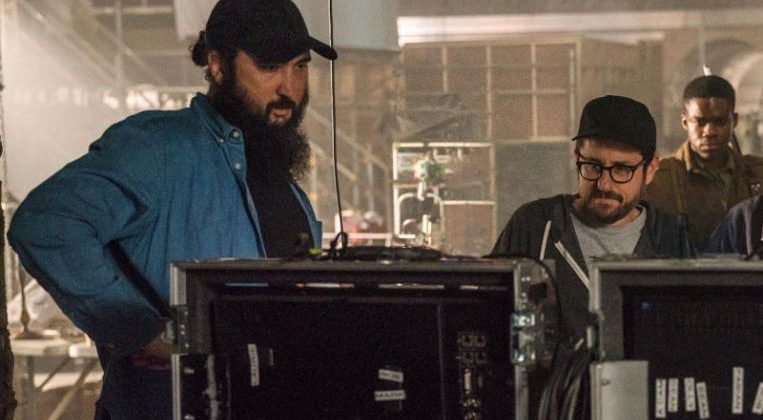 “I like to have a tactile reality, to keep everything as real as possible,” he says to The Straits Times on the telephone from Los Angeles.

The 39-year-old Australian makes his Hollywood debut with Overlord, now showing in cinemas here. It comes after his well-received heist film Son Of A Gun (2014).

For Overlord, using real explosions and props not only improves the look of the movie, it helps actors give better performances compared with acting against a green screen, he explains.

Danish actor Pilou Asbaek, who plays Nazi officer Wafner, sat in a chair five hours each day so prosthetics could be glued on his face. It was so that invincible villain Wafner would appear to be impervious to pain and keep attacking despite it appearing as if half his face had been shredded to the bone and was hanging in chunks.

“If we had not done that, the actors in scenes with him would not have given as real a performance as they did. In fact, it freaked out the other actors,” he says.

Elsewhere, in battle scenes, instead of having casualties added in digitally, which would have been cheaper and easier, workshop-built animatronic models and dummies were brought in.

“There’s a Nazi soldier who falls and snaps his neck and we did that with puppetry,” he says.

Avery says he and the production team love the aesthetic of 1980s movies. It was a time when film-makers shot major adventure and horror films using groundbreaking props and handmade effects.

In those days, it was possible to mix horror and science fiction, or horror and comedy. Overlord blends horror with action and adventure, he says.

Working with sought-after film-maker J.J. Abrams’ production house, Bad Robot, he sought to bring back the feel of an “R-rated, completely bonkers movie”. Abrams has directed several hits (Star Trek, 2009, and its sequels, and Star Wars: The Force Awakens, 2015) and produced others (Mission Impossible-Fallout, 2018).

The D-Day operations might have been real, but the monsters-versus-soldiers setup is fantasy, and the film also takes a few liberties with military history. For example, a black soldier, Boyce, played by Jovan Adepo, is shown fighting alongside white comrades, when no such mixed units existed in the United States military during World War II.

Avery says that the British-born American Adepo was picked because he could portray the innocence and vulnerability of the character, a soldier who would learn to overcome fear to save his comrades.

“Jovan was up against actors from everywhere, and he was so good when he did his emotional scene to get the part, he made me cry,” he says.

As for why Avery took the job, the film-maker, who hails from Perth, says “when J.J. says do something, you do it”. The Overlord screenplay was a property that Bad Robot had been shepherding for a while.

He adds: “I had never read anything like it. To me, it was a really cool Indiana Jones adventure, but on LSD.”