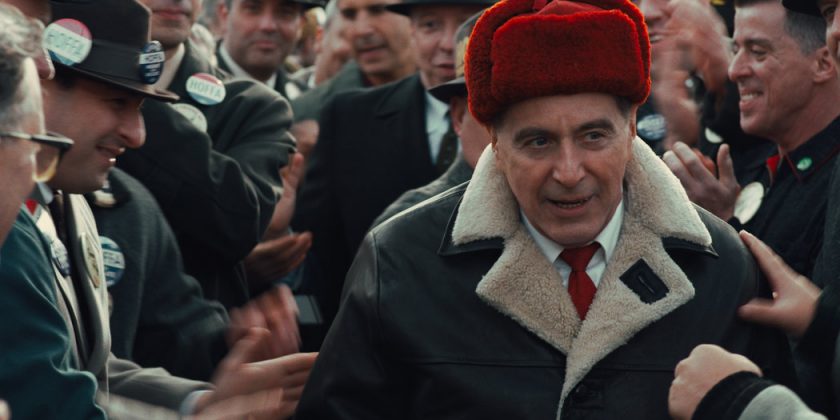 Cinemas in the United States and Canada sold about $264 million in tickets between Wednesday and Sunday, a 16 percent decline from Thanksgiving 2018, according to Comscore, which compiles box office data.

Bad weather may have kept some people at home, particularly in the West. Jeff Bock, a senior analyst at Exhibitor Relations, an entertainment research firm, noted that last year’s Thanksgiving buffet included more all-audience films that “play from ages four to 84.”

It certainly did not help theaters that Martin Scorsese’s gangster epic “The Irishman” arrived on Netflix on Wednesday. One of the most anticipated films of the season, “The Irishman” has largely bypassed theaters because Netflix and multiplex chains were unable to agree on how long the film would exclusively play on big screens. The spat broke into public view last month, when the head of the National Association of Theater Owners called the matter “a disgrace.”

Netflix has defended its stance and put together a limited art-house run for “The Irishman,” a story about organized crime and unions in the United States in the last century. So far, the company has provided no viewership data for the euphorically reviewed mobster drama, which stars Joe Pesci, Robert De Niro and Al Pacino. The stir “The Irishman” created on social media over the weekend, however, suggested it was a popular choice.

As expected, the No. 1 movie at theaters in North America over the holiday weekend was “Frozen II” (Disney), which collected an estimated $123.7 million between Wednesday and Sunday — enough to set a new Thanksgiving record, even after adjusting for inflation. The previous record-holder was “The Hunger Games: Catching Fire,” which took in $109.9 million in 2013, or about $122.8 million in today’s dollars. After only 12 days in global release, “Frozen II” has sold about $739 million in tickets worldwide, Disney said.

The PG-13 whodunit “Knives Out” arrived in second place in North America, powered by a filmmaker with a large fan base (Rian Johnson), exceptional reviews (96 percent positive on Rotten Tomatoes) and a starry cast (Daniel Craig, Jamie Lee Curtis). “Knives Out,” which cost Lionsgate and Media Rights Capital at least $40 million to make, collected a strong $41.7 million between Wednesday and Sunday. The murder mystery, which received an A-minus grade in CinemaScore exit polls, took in an additional $28.3 million overseas.

[Read our “Knives Out” review.]

“Ford v Ferrari” (Disney) motored along in third place, selling about $19 million in tickets over the five-day holiday, for a three-week domestic total of $81 million. “A Beautiful Day in the Neighborhood” (Sony) took in $17.3 million, lifting its two-week total to $34.3 million.