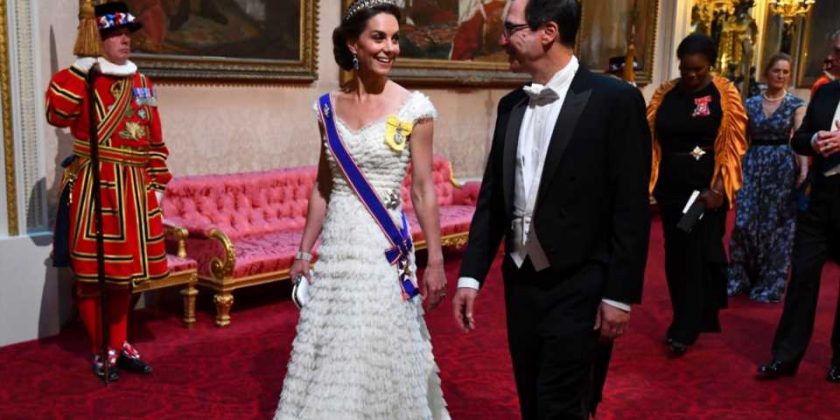 Donald Trump’s official state visit to the UK is off to a decidedly rocky start. After calling Meghan Markle “nasty” in a tabloid interview (then denying it even though there’s audio evidence) and calling the mayor of London a “loser” on Twitter, Trump rounded out his day with a state banquet at Buckingham Palace. And if Prince Harry wasn’t happy to attend the day’s lunch, we can only imagine how happy Catherine, Duchess of Cambridge, was to attend the dinner. After all, Trump just about every major female royal in the family: Princess Diana, Kate herself, and most recently Markle have all been at the receiving end of one of his insulting and snide remarks. So, when Kate rolled up to the dinner wearing the Lover’s Knot tiara — a known favorite of Princess Di, Harry and Will’s mother — it seemed likely that her sartorial choice had everything to do with Trump’s past comments. 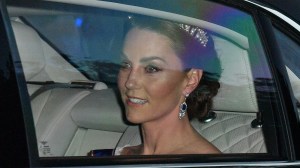 According to Town & Country, Queen Elizabeth II loaned the tiara to Diana in 1981 as a wedding gift. While Diana didn’t wear it to her actual wedding, it became one of the Princess’s favorites, and she was pictured in it often. After Diana’s death, the tiara wasn’t seen again — until Kate wore it to Buckingham Palace in 2015. Since then, she’s worn it a handful of other times, including tonight’s banquet.

Trump’s crass commentary about Diana goes back decades, with his most upsetting quotes coming from a 1997 Howard Stern interview. Mere months after the Princess’s tragic death, Trump joked that he “could have [nailed]” her, but that he would have taken her for a “check-up” to make sure she hadn’t contracted HIV while doing charity work first. As for Trump’s harassment of Kate, that didn’t come until 2012: after a French tabloid invaded Kate’s privacy and photographed the Duchess topless (from nearly a mile away!), Trump decided to respond by slut-shaming Kate for… the audacity to be topless on vacation? It’s unclear.