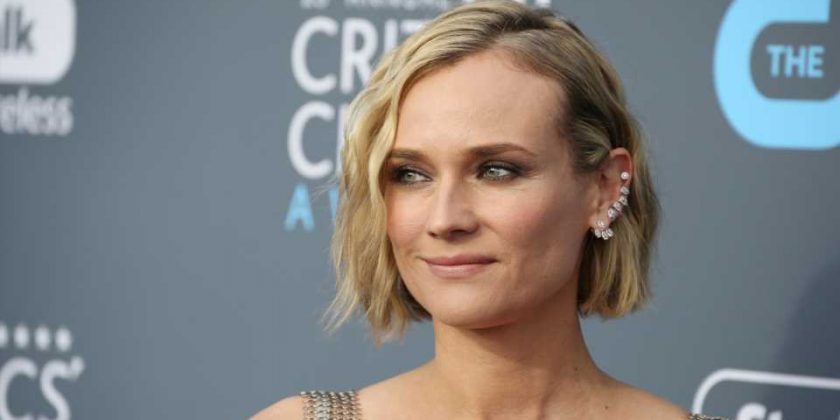 After our first birthday gift of a photo of Diane Kruger’s baby, the gifts just keep on coming! A few weeks later, Diane Kruger has posted a rare photo of her baby daughter and husband Norman Reedus. We don’t get to see this super-private family that often, and we’re grateful for every glimpse we get at their adorable family life.

The photo appears to be of Reedus’ back, walking through a park (or maybe it’s their backyard because celebrity) with the infant on his shoulders. Like Reedus’ photo where the child’s face isn’t visible, we can only see the back of her head. It is definitely an adorable head, though, and those coveralls are just the best! Kruger summed up the moment with a caption saying, “All I’ll ever need.”

It’s been a year since the couple announced they were expecting a child and ten months since she arrived. Kruger and Reedus have been incredibly protective of their new baby since her birth, refusing to reveal her name and asking journalists and fans not to publish paparazzi photos taken without their consent. They have shared a select few of their own photos, though. When their child first arrived they quickly released a photo of her little hand and oh my goodness the creases!

It certainly seems like Kruger has moved on from the “dark place” she was in after her split from The Affair star, Joshua Jackson. Looking at her and Reedus’ photos are not just beautiful and darling but seem to be proof that both have finally found happiness — and we couldn’t be happier for them. Now please, just keep the sweet photos coming!