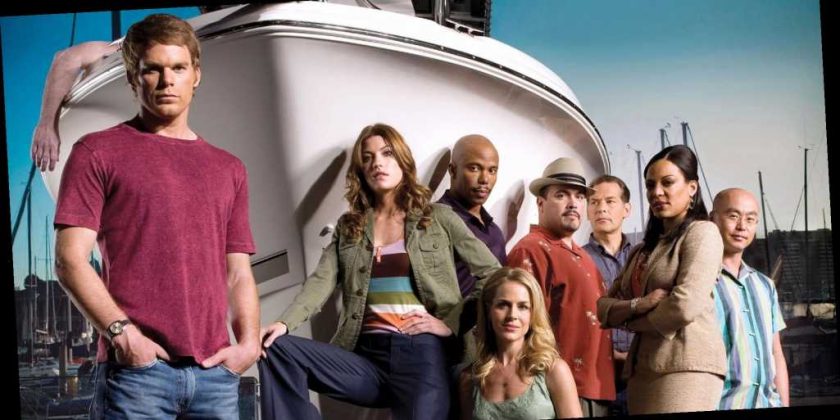 Here for a bloody good time! Dexter is truly a one-of-a-kind series and it had an unforgettable eight-season run on Showtime.

The series, developed by James Manos Jr. and based on author Jeff Lindsay’s novel Darkly Dreaming Dexter, aired between 2006 to 2013. The acclaimed series follows Dexter Morgan (Michael C. Hall), a man who works with the Miami police but is secretly a serial killer who goes after other murderers.

In 2011, he opened up about how he enjoyed playing such a layered character. “An actor — me — who is preoccupied with cultivating a sense of authenticity … playing someone who claims to be without the capacity for authenticity, emotionally or otherwise, who’s always pretending. In a way, it was liberating to let go of that preoccupation — ‘Does this feel right? Does this feel authentic? Am I telling the truth here?’” the Six Feet Under alum told NPR at the time. “Playing someone who, as far as he was concerned, was always stimulating his behavior. Dexter was an actor of sorts.”

Hall has previously teased the possibility of revisiting the once-popular series. “People on the street are always telling me about the talk of a Dexter reboot,” he said in 2018 to Variety. “There’ve been little percolations, but nothing that’s felt worth pursuing.”

Though the Peep World actor didn’t “have any immediate, definitive plans to do any of that” at the time, it was announced in October 2020 that Dexter would be revived at Showtime as a limited series. Filming is scheduled to begin in the winter of 2020, and the show is set to debut during the fall 2021 TV season.

“Dexter is such a special series, both for its millions of fans and for Showtime, as this breakthrough show helped put our network on the map many years ago,” Gary Levine, the president of Showtime, said in a statement at the time. “We would only revisit this unique character if we could find a creative take that was truly worthy of the brilliant, original series.”

Levine added, “Well, I am happy to report that [original executive producer] Clyde Phillips and Michael C. Hall have found it, and we can’t wait to shoot it and show it to the world!”

Scroll down to see what the cast has been up to since the series initially ended.